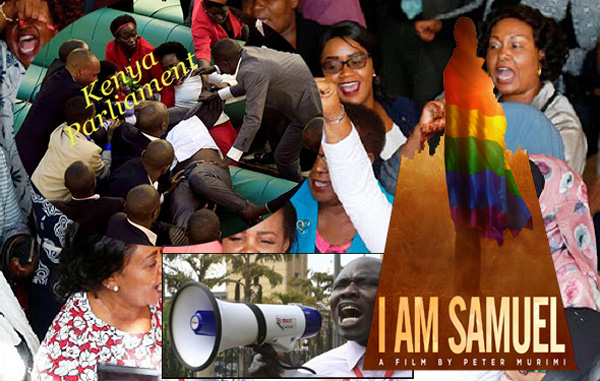 Worldwide the pandemic response was a society — like a house with windows — pulling down all its blinds. As we cautiously pry open the levers what will we see?

In the developing world we’ll see how young societies fared without the heavy influence of world powers. In normal prepandemic times there was hardly a move that an African government made without first running it by a host of global powers. That didn’t happen the last two years.
END_OF_DOCUMENT_TOKEN_TO_BE_REPLACED 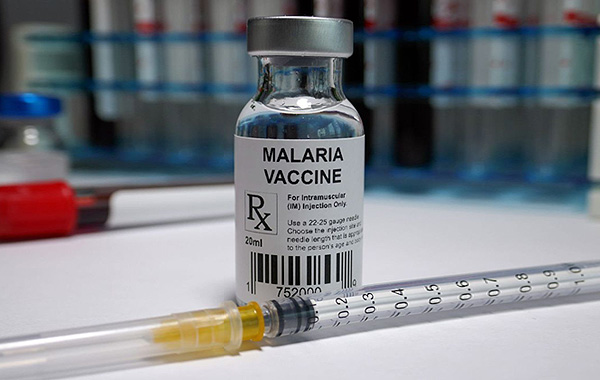 Here’s the thing. Mosquirix has been around in some form since 1987. Much improved, its efficacy is still as low as 26% (the highest in any study was 50%) and only for toddlers. It’s not effective against young adults and older.
END_OF_DOCUMENT_TOKEN_TO_BE_REPLACED 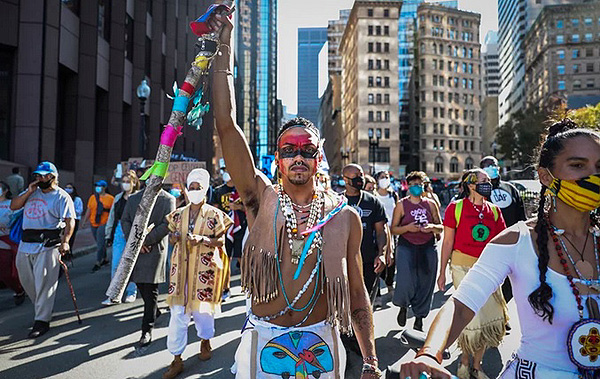 NBCNews put it best, “Columbus Day is not a holiday the U.S. — and Italian Americans — should celebrate” …because?
END_OF_DOCUMENT_TOKEN_TO_BE_REPLACED 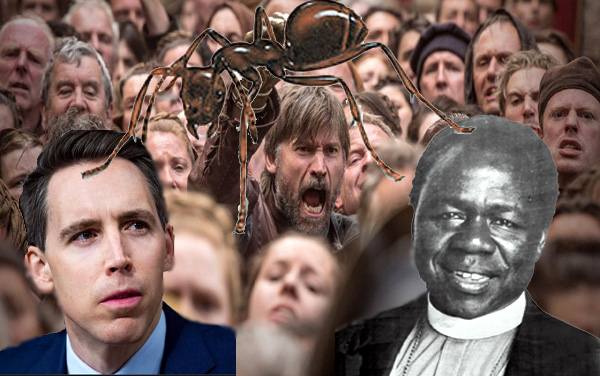 Almost a half century ago Kathleen and I drove into remote southwest Uganda sneaking precious, banned textbooks (on mathematics) to one of the few schools that until then had managed to survive under Idi Amin.

We drove past a football field littered with the bodies of 48 teens, their bodies torn apart by dum dums. Our hosts were in hiding. When one young teacher snuck into the room where we were he pleaded in whispers to steel him away. Did anybody read Eugene Robertson’s op-ed in the Washington Post today? “How Dumb Can a Nation Get and Still Survive?”
END_OF_DOCUMENT_TOKEN_TO_BE_REPLACED 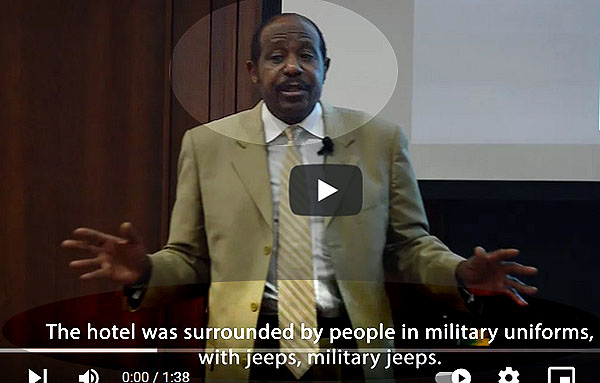 Rusesabagina, now a Belgian citizen and permanent U.S. resident, was sentenced to 25 years in prison yesterday for treason against Rwanda. His story reveals better than most the extraordinary supremacy of authoritarianism over the complexities of truth and history.
END_OF_DOCUMENT_TOKEN_TO_BE_REPLACED 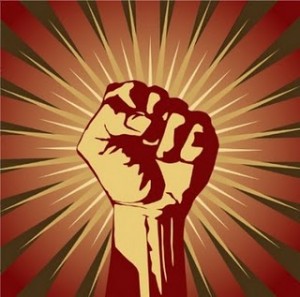 Vacations end, schools reopen, the fall sports season begins, the culture season with operas and symphonies begin in the great cities… Well, not now. Covid continues to wreck havoc on America; only about half the country is fully vaccinated. Some vaccine is going to waste. How could this be?
END_OF_DOCUMENT_TOKEN_TO_BE_REPLACED 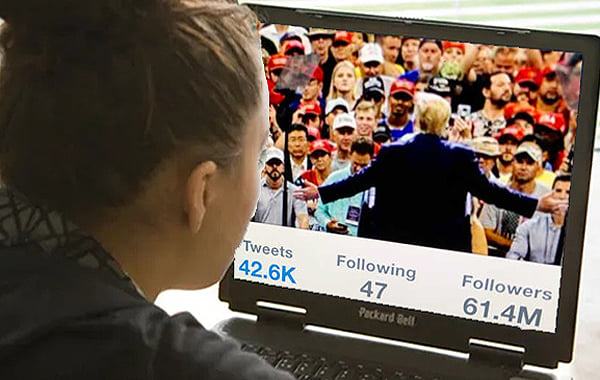 South African leaders are in a slow about-face with regards to charging Zuma, his friends and family, with inciting the July 12th insurrection, just like everyone from Mueller to Biden was reluctant to hand-cuff Trump and family and probably for the same reason: it’d just make things worse.

At the same time South Africans are coming down hard on social media, something unthinkable at the moment in America.
END_OF_DOCUMENT_TOKEN_TO_BE_REPLACED 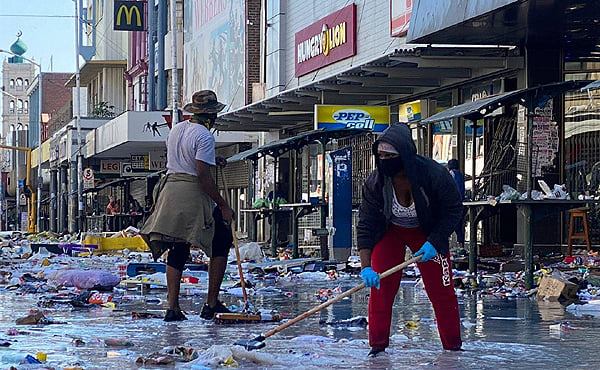 The violence is over in South Africa. More than 200 people have died and the Washington Post estimates the looting and physical damage “exceeds several billions of Rand.”

The BBC reported that the “events were democratic South Africa’s darkest hour.”
END_OF_DOCUMENT_TOKEN_TO_BE_REPLACED 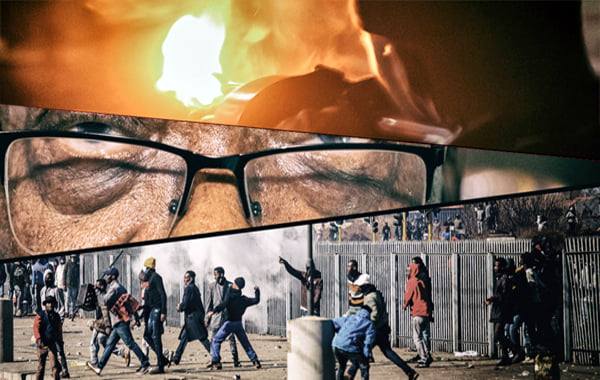 There’s a reason Biden is throwing trillions at the masses. South African couldn’t. Now some of South Africa is in anarchy “ready to be saved” by the former president looking at it all through the bars of his jail cell.
END_OF_DOCUMENT_TOKEN_TO_BE_REPLACED 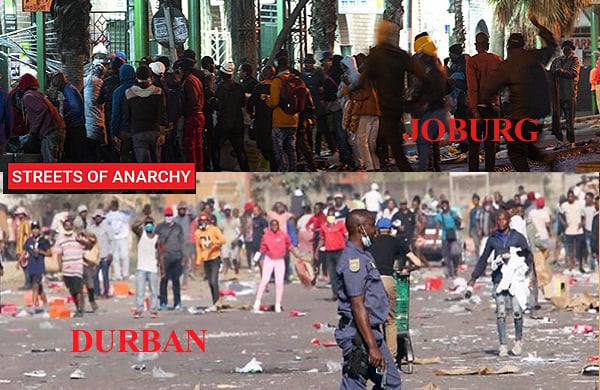 In a scene that could well be that of Donald Trump in a few years, Jacob Zuma was put in jail Wednesday, and the days and weekend that followed exploded in violence. The South African military has now taken to the streets to contain the fighting especially in Johannesburg and Durban. Six protestors are confirmed dead and many more assumed hurt.
END_OF_DOCUMENT_TOKEN_TO_BE_REPLACED

Will a democratically-removed former head-of-state lead an armed rebellion to avoid jail and return to power?

We’ll see in less than two weeks when Jacob Zuma’s final judicial ploys end with him being stiff-armed into prison.

I know. You thought I was referring to Trump. In many ways I could have been…or I could have been referring to the leaders of Brazil, Israel and India, and most of Eastern Europe. This is an age of wannabe despots with mad, armed supporters, and the earliest incident finally coming to fruition is in South Africa.

END_OF_DOCUMENT_TOKEN_TO_BE_REPLACED

Have you figured out the block chart above yet? According to OurWorldInData.org the color blocks represent the percentages of vaccine doses administered by region of the world. Any surprises?

Of course not. The poorest region, Africa, always gets the short end of the stick. What a shame it’s also where the variants are having their heyday.

END_OF_DOCUMENT_TOKEN_TO_BE_REPLACED

Excited about the increasing depth of the Trump criminal investigations?

Don’t put too much faith in the law. A good portion, but not too much. And while you’re at it take a quick look at what’s happening with Africa’s Trump, more than four years after he slid from power.

END_OF_DOCUMENT_TOKEN_TO_BE_REPLACED

Is “unemployment” an important metric? Very similar controversies in the United States and South Africa throw this goldmark standard for economic planning into question.

Both countries currently suffer from chronic waves of refugees exacerbated by a wry mixture of politics with pandemic. Both countries’ fairly liberal policies towards refugees are at contentious odds with large parts of their citizenry. Both deal with growing social unrest that many argue impedes difficult struggles with institutionalized racism.