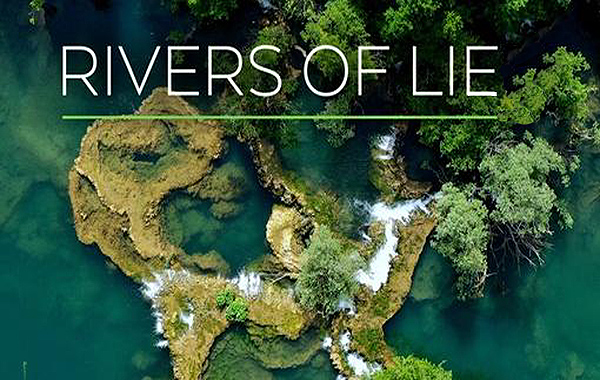 Who cares that an elephant eats 150 pounds and not 250 pounds per day; or whether the peak of the dry season somewhere is October not September; or whether the start of a river is some unknown spring in the wilderness rather than a branch of hundreds of springs or rivers; or whether a huge part of Africa is independent or a part of Zambia?

You should, because PBS just joined MAGA.

Right, ‘who-cares’ is why PBS is getting away with it. But I’m a PBS subscriber and my sensibilities were atrociously offended by its second episode of “Rivers of Life” about the Zambezi. Those sensibilities are admittedly a bit more unique than most people’s. But hey, truth is truth; lies are lies, and who the hell vetted this monstrous so-called documentary, anyway?

The same who vetted Ken Burns? Or fact checked before Brooks and Capehart every Friday? I seriously doubt it, and boy has PBS besmirched itself as a result.

You can’t guarantee truth just some of the time. It’s either all or never.

The film is riveted with grossly exaggerated “little” facts about how much, where and when as well as big untruths: Size, behavior, history and location of elephants; YouTube fantasies that lions hunt hippos; or just simple geography; and really important (and really fascinating) politics.

Follow my previous links for a summary of the catastrophic reporting. It would take me a dozen blogs to rectify the untruths.

The Zambezi River covers such a beautiful and fascinating part of Africa that my heart just breaks to pieces because all the great wonders, history and ecology of the Zambezi was reduced into a really bad post card.

And don’t dare say, “Who cares?” Believe me, had the film carried the truths the difference with what aired won’t effect the midterms an iota. If all the “lies” I’m talking about were stacked to the roof, most PBS viewers would still think them insignificant.

But you can’t just decide to lie, even if it’s just the default of failing to discover the truth, because you’ve decided the topic is more or less important. If you don’t think it’s worth the time and effort to catalogue the difficult and tedious truths of how a caterpillar becomes a butterfly, then you just don’t tell the story!

Together with all the rest of the riff-raff and scum of lazy if mendacious American media today this carelessness if expediency is the dust in the vents that’s gathered to replace our oxygen with black mold.

Here’s some speculation as to why this might happened with this particular film.

All the water and hundreds if not thousands of tributaries that produce the Zambezi emerge in the Angolan highlands… Without the phenomenon of Botswana’s Okavango Delta, the Zambezi as it currently exists… wouldn’t.

So why were these two arguably most important parts of the river totally, completely neglected?

Budget? Couldn’t afford the high operational costs of getting into the Angolan highlands? Everybody and their brother, though, explores the Okavango Delta, so what stopped them there? Maybe because it conflicted with another PBS documentary about… The Delta?

You can’t just tell the truth some of the time. And the truth about where the Zambezi starts is no less morally significant than whether Herschel Walker paid for an abortion.