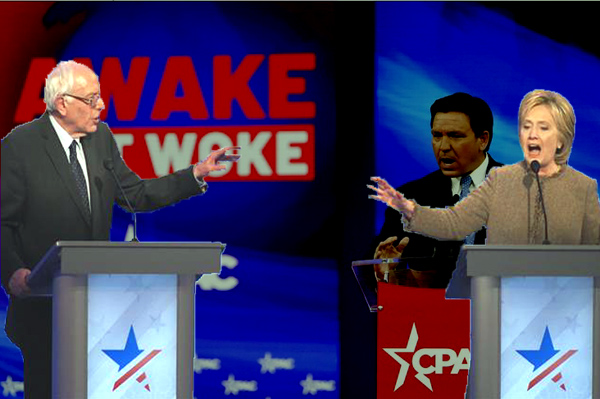 Beware The Woke. For half a century I’ve lived, worked and critiqued Africa. Now I’m supposed to relent, regret what I did? This mostly leftist campaign currently focused on the entertainment industry is ready to pounce on me and thousands like me.

I’m a (now old) white man who intentionally and with great enthusiasm went to live and work in Africa and managed a wonderful life doing so. Along the way I think I helped a lot of people: my clients’ understandings of Africa and to Africans by bringing added curiosities to their lives and societies.

Recent highly publicized controversies over documentary films involving everyone from Ken Burns to Sundance is getting dangerous. It’s foisting censorship and self-denial on art and critics of art.

There are lots of nuances to the upwelling anger but the principal one is that telling a story or critiquing a situation that you are not native to is wrong, immoral.

I’ve been following this for a while constantly hopeful it would change. With me it began easily two decades ago in South Africa when the society threw off apartheid and embraced a beautiful new constitution.

I still don’t blame them. They were mostly recent college graduates of business and computer science or education, not zoology. They were all white. Many were sixth or seventh generation South Africans but they were unable to get a job regardless of how skilled they were, because they were white.

I gave it a pass. I believe in affirmative action and the remedial social policies that South Africa must still pursue in order to heal the extraordinary wounds of such a lengthy apartheid. But it’s now been almost a quarter century. That’s roughly half the time since the early 1950’s major laws on apartheid were implemented.

And I still suffer really poor young white South African safari guides. For the same reasons as 25 years ago.

What’s happened in the last few years is that affirmative action policies to remedy social wrongs have been connected to the ancient legacies of those wrongs, like slavery. Slavery likely started as a commercial enterprise in the 13th Century when technology and intellectual understandings were primitive.

My novel, Chasm Gorge, is about a kidnapping in Kenya, but two of its central characters are an Arab jihadist and a Muslim cleric. Recently a client confronted me pretty aggressively and asked, “How would you know what a mullah is thinking?!”

I wouldn’t. But I do know what I think the mullah is thinking, and that’s what I wrote about.

When Meg Smaker’s documentary, The Unredacted, was accepted with enormous enthusiasm by Sundance and scores of other festivals – prompting the renaming to “Jihad Rehab” — I got really excited and have been waiting to see it for two years.

The film follows four Guantanamo detainees who were released and “rehabilitated.”

Abigail Disney, a grandniece of Walt Disney, was the executive producer of “Jihad Rehab” and called it “freaking brilliant.”

Today Ms. Disney and most of the executives who control the documentary film distribution in the world are denouncing the film. Sundance “unscreened” it.

What changed? Not a second in the film. It’s still the same.

As Addie Morfoot explains in Variety, the gap between film makers of color is greater than the population gap and this “wokeness” deficit is what condemned Smaker and dozens like her.

Morfoot details an excellent history of the growing controversy, from one film to the next.

OK. We all want the gap to close, and not just for documentary film makers. Even for safari guides, and as I often tell inquiries today there are plenty better African safari guides today than I ever was.

But that doesn’t mean I’m not good at what I do. An African safari guide interprets the culture, politics, country and animals to visitors from a much more native point of view than I could ever pretend to have. There’s enormous intrinsic value to that.

But that doesn’t diminish my perspective on those things. My perspective, an outsider’s, is equally valuable.

If we follow this route of Wokeness it will become impossible for anyone with other than a native perspective to be considered useful. How stupid is that? Isn’t the point of developing society — whether to ban lion hunting or rehabilitate jihadists or accept the Kenyan president’s revocation of the ban of GMO corn seeds – a manner of amalgamating different points of view?

Not doing so divides us more and more and more into little tribes whose only interest perforce is collapsed onto its own narrow, myopic needs. That’s human suicide or war.

It’s time to moderate Woke and it better be quick because the enemies of true cultural diversity are exploiting this simple debate by turning it inside out, exploiting what needs to be our leftist struggle into some nefarious badge of rightest courage.

Last reply was 1 month ago