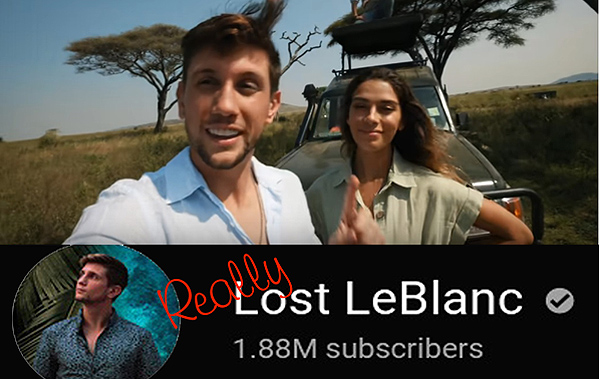 Yes, I’ve found a connection between the Serengeti and right-wing propaganda. Didn’t expect it would be so easy, but the take-home is that somebody out there – governments or dictators or god incarnate – needs to control social media. The wild west of information dissemination is destroying truth and I worry it may never be restored.
END_OF_DOCUMENT_TOKEN_TO_BE_REPLACED 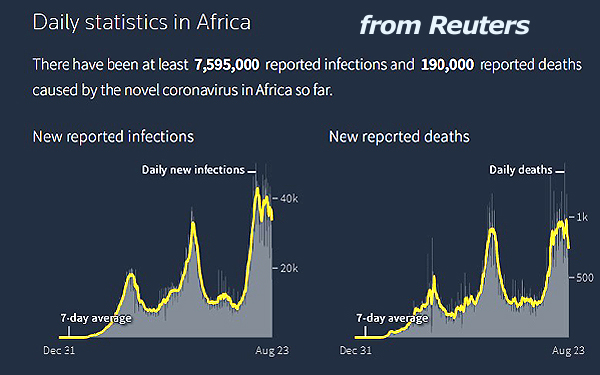 The spike in Covid-19 in certain countries in the southern hemisphere is causing mayhem in the travel industry. Today South Africa moved to an “adjusted alert Level 4″ which further closes down the country, and separately, the CDC advised even vaccinated travelers against visiting Tanzania.

This needs much explanation, especially since the new Tanzanian president is really moving the country in the right direction. But the one thing she refuses to do is specifically why the CDC kiboshed Tanzanian travel. In South Africa’s case, it’s just rotten luck.

END_OF_DOCUMENT_TOKEN_TO_BE_REPLACED

A week ago the new masked Tanzanian president went to Nairobi and elbowed the masked Kenyan president. That scene alone announced a radical change for Tanzania. The former president banned masking recommendations or mandates.

President Samia Suluhu Hassan went to meet her Kenyan counterpart to mend the fences wrecked by the deceased former president of Tanzania principally over the fight against Covid.

END_OF_DOCUMENT_TOKEN_TO_BE_REPLACED

The former president, John Magufuli, will be laid to rest tomorrow in a Tanzanian state funeral. The chief mourner is the new president, Samia Suluhu Hassan, who recently told the BBC, “It’s possible that some people take my soft-spoken nature as a sign of weakness, but to make them understand you doesn’t mean you have to shout.”

A respected African think-tank said today that Magufuli’s death in the face of Suluhu’s modest demeanor “has thrown the East African nation into a period of political uncertainty.” Here’s why:

END_OF_DOCUMENT_TOKEN_TO_BE_REPLACED

Traveling to Africa this year? Tanzania, South Africa, Egypt? Start right now looking for the perfect mask. If you find the perfect fit, when wearing and when not wearing glasses, travel to Africa later this year can achieve a level of acceptable safety. But it will not be like it was before the virus.

EWT’s safaris later this year include South Africa, Egypt/Jordan/Israel and Tanzania, so this blog refers mostly to those destinations. Here’s what I see coming for all EWT travelers.

END_OF_DOCUMENT_TOKEN_TO_BE_REPLACED

So he’s dead. The Tanzanian government lied to its citizens for ten days. Many were arrested for “spreading rumors” that Magufuli was sick. Last night, the Vice President who the constitution designates as the next president said Magufuli “had been hospitalized at the Jakaya Kikwete Cardiac Institute since March 6.”

Reports I still believe that he was medivaced first to Nairobi, then to India, are irrelevant, now. What is relevant is that the critical authorities of the government of Tanzania believed they could claim a sick man was well, and all we want to know now is what will happen, next.

END_OF_DOCUMENT_TOKEN_TO_BE_REPLACED

We may be witnessing one of the most successful attempts at social control by mass brainwashing in human history. Tanzania’s President John Magufuli may, in fact, be pulling a ‘Donald Trump’ recovering from covid, but his government is using this to brain control its citizens.

The 61-year old may, in fact, be getting better in an undisclosed hospital in India. But the myth that he has never been sick and has not left the country is being embraced and disseminated by millions of Tanzanians. This is more than a “Trump.” It’s social control the likes of which the world has rarely seen.

END_OF_DOCUMENT_TOKEN_TO_BE_REPLACED

President Magufuli of Tanzania who has made it a crime to even speak about coronavirus is on a ventilator in one of Nairobi Hospital’s ten presidential suites after attempts to transfer him quickly to India were aborted.

Like Trump, like Johnson, like Bolsonaro, the Head-of-State covid-denier is near death. Trump and Johnson were saved by medicine unavailable in East Africa. Bolsonaro had a mild case.

END_OF_DOCUMENT_TOKEN_TO_BE_REPLACED

“Pneumonia is our code word.” Reports from Tanzania this weekend suggest the country is spiraling into a terrible covid situation, a “second spike” not yet seen in other parts of sub-Saharan Africa.

Because speaking about covid is against the law, doctors, activists and the patients themselves are referring to the situation as a “pneumonia epidemic.”

END_OF_DOCUMENT_TOKEN_TO_BE_REPLACED

Truth is growing! Even in the covid-denial island known as Tanzania a courageous voice has sounded: “The chief medical officer and the rest of officialdom [in Tanzania] have been hiding Covid-19 related deaths, [but] now the funerals are exposing us.”

Jenerali Ulimwengu has been a thorn in the side of established Tanzanian governments for years. He survives the brutality and imprisonment of most other local critics because he hunkers down when he needs to, constantly extols as his guiding star the father and founder of the Tanzanian country Julius Nyerere, and … because he’s very popular on YouTube.

END_OF_DOCUMENT_TOKEN_TO_BE_REPLACED

We are in the pandemic nadir: Yesterday the CDC listed 118 of the 197 countries in the world as virulent, out-of-control hotspots, and a handful including South Africa received the dreaded U.S. travel bans.

But of all the countries of the world there is only one that has an aggressive policy prohibiting any vaccination whatever: Tanzania.

END_OF_DOCUMENT_TOKEN_TO_BE_REPLACED

This blog is for old people who want to travel to Africa or similar places. Since old people are often spunkier and certainly smarter than young people, young’uns wouldn’t be wasting any time reading it, too. Just get your macchiato or Glenfiddich, whichever relaxes you best, find a rocking chair or bean bag then take a deep breath. Some brain scratching required.

END_OF_DOCUMENT_TOKEN_TO_BE_REPLACED

So finally we have evidence of exactly when it is likely to be safe enough to return to East Africa: June 1.

This isn’t said exactly right. This is the date that the most reliable, experienced safari companies in Kenya and Tanzania believe tourists will really return. I agree, though I think it will be much more slowly than they do.