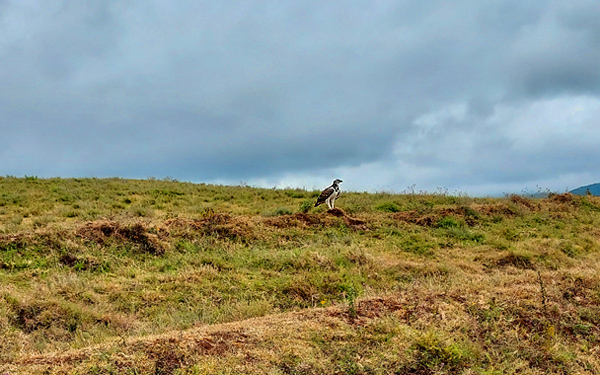 Poignant insights about the wild revealed in my two “post-pandemic” East African safaris, last November and this month, suggest a tiny silver lining in the pandemic:

No question that the “wild” over my life time has shrunk. There’s less of it, and it’s composed of fewer pieces: (Habitat and biodiversity have declined.) But speculation that the pandemic would be a gut punch to the wild was wrong.

The speculation was based on the correct prediction that there would be drastically less money and far fewer resources available for “wilderness management.” In other words, national park revenues, charitable donations and staffing would significantly decline.

In Africa this is especially meaningful because virtually every penny spent on wilderness management comes from tourist fees and NGO grants.

Tanzania has serious difficulties collecting data and often more serious difficulties disseminating what it has. Kenya does not, and Kenya confirmed that during the pandemic revenue streams supporting wilderness management declined by at least 75%. So it was probably worse in Tanzania.

And it was noticeable. Roads and tracks, bridges, hides and lookouts, fences and moats were in serious disrepair. Important wilderness management programs like controlled burnings of prairies were clearly disorganized or just hadn’t happened. Staffing was cut back, so programs (like Kenya’s “northern rhino maintenance” plan) were cut. Community programs were abandoned or radically scaled back. So…

…it would be reasonable to presume excessive poaching occurred. It might have, but no one’s been able to document it yet. Poaching is the single best buzz word for NGO fund raising. If there’s anything that never gets overlooked, it’s poaching. So I feel confident it just didn’t happen, at least not to the extent predicted.

My admittedly unscientific anecdotal experience after about 30 days in the wild of East Africa was that it was better than ever! It was unkempt, a bit unbalanced, but whether you were surveying the animals or the birds or the plants, to me it looked better than ever.

The Kenyan Wildlife Service’s 2021 animal census shows a significant increase over past years in the number of almost every animal in the Kenyan wild, from elephants to lions to the extremely rare mountain bongo. We can presume it’s similar in neighboring Tanzania.

My anecdotal experience confirms KWS. On the last safari we saw 46 lions. I haven’t seen that frequency of lions in years (>1½/day on safari).

Every single creature group we saw had babies. That was unusual, especially for cyclical birthers like topi, zebra and similar antelope. Like deer at home, why are they birthing twice?

We saw an albino buffalo and leucistic (pigment loss not as total as albinism) zebra, giraffe and guinea fowl! Once in 25-30 safaris I’d see such an animal. In my last two I saw four! Albino or leucistic animals are extremely vulnerable and rarely survive to adulthood. The pandemic was only two years long, but all of these animals were adults and all but the buff achieve adulthood in less than two years.

So what does all this mean? Leave them alone and they’ll do better?

Well, I’d qualify that a bit. Wildlife management did not stop entirely in either Kenya or Tanzania. Researchers and long-term NGO programs continued. What did stop entirely was tourism.

So, yes, remove the tourists and the wild will do better? Closer but no cigar.

We’re talking about just a couple years or less, max. Without tourists there would today be no mountain gorillas. Without safari tourists providing 10.7% of Tanzania’s economy and about 6% of Kenya’s – not to mention the additional economic benefits of supporting jobs and ancillary industries – I seriously doubt that local governments would do everything they currently are to tolerate elephants.

Elephants would be considered a Jurassic mistake not a critical component in an essential wildlife system.

So, no, we dare not remove the tourists. But tourists are the single-greatest impediment to a healthy wild.

Managing this paradox is an art. Both countries, Kenya and Tanzania, do a decent job in my view. That may be because even in the best of times their resources are minuscule compared to South Africa or the U.S. But doesn’t that validate my claim that “hand’s off” seems to work pretty well?

The wilds of Kenya and Tanzania remain the most dynamic and powerful in the world. Traveling in them refreshes every soul that yearns for natural peace, which I believe is every biological being.

So Covid, well you might have damaged my lungs and my economy, but you couldn’t touch the wild! And you’ve shown us how sacrosanct the natural world is and how careful we must be managing it. Should I thank you for this?