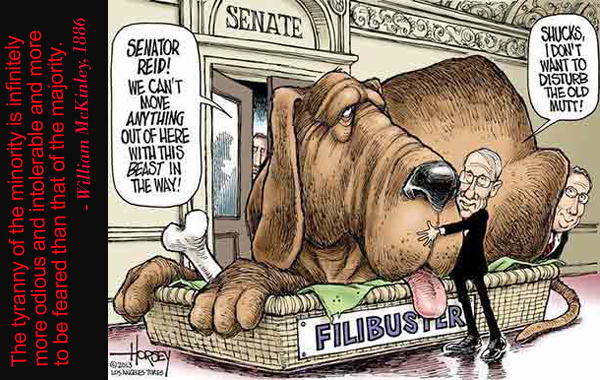 Some of the best legal scholarship of our times created Kenya’s new constitution 15 years ago and South Africa’s a decade earlier.

In the end both Kenya and South Africa adopted a three-branch federal government like the United States. But both societies established a creed practical for the modern age. And it’s the reason both countries protect the right for abortion and the U.S. no longer does.

It all comes down to how you define then implement democracy, because sentiment and issue-specific referendums to protect the unborn fetus have shrunk to almost nothing worldwide. Worldwide modern democracies protect a woman’s right to choose abortion. So not doing so is anything but democratic.

Democracy is as ancient as civilization itself, but it’s Grecian etymology is purely simple: from dēmos ‘the people’ + -kratia ‘power’: Power to The People.

But …which people? Men? Slaves? Illegal immigrants? Felons? The mentally disabled? (Is my neighbor who can’t remember to turn off the yard lights mentally disabled?) The illiterate? The misinformed? Children? (What is a child, anyway, a 12-year old or a 21-year old?) The minority? (As defined by States or time zones?)

And so it goes, on and on and further from the pure notion of democracy until finally something like the electoral college and filibuster lose any pretense of the “will of the people.”

So the modern constitutions of both Kenya and South Africa decided to underscore that however you define democracy “the will of the people” must be preserved.

“An electoral loss for any candidate,” writes Kenyan Supreme Court Justice Jackton B. Ojwang, “runs alongside such numerous and diffuse political, social and economic permutations as are not capable of mathematical verification and individual apportionment. The Court, therefore, has …to uphold the clear intent of the majority of the voters.”

Wow. So the Court has the final say with all contested democratic exercises of which the ultimate one is the election of those who make all the rest of the decisions. Justices must explain their logic but it isn’t then subject to further interpretation. Their interpretation, however flawed, is final.

South Africa fretted over this. South Africa is a much older Republic than Kenya. For more than a half century South Africa’s court system upheld apartheid, because apartheid was the law of the minority in power and by strategic judicial appointments apartheid was ruled constitutionally proper.

As law professor Felix Dube concedes, no matter how you cut it the South African constitution ultimately “recognises the superiority of the Constitutional Court over Parliament and the executive.” Period.

So South Africa’s new 1997 constitution, which replaced the former one of 1911, goes to great lengths to make sure that the court will never again construe apartheid or its derivatives as constitutional. It institutionalizes individual’s secular, multi-cultural and multi-gender rights in all sorts of affirmative ways.

Still, that last chink in the chain, the decisions by highest court in the land, can be policed only by a procedure similar to impeachment. And since impeachment is a political process, if those politicians holding the power to impeach side with menacing justices flaunting the principles and intentions of the constitution no matter how well defined, they government is compromised.

There’s little practical to do about this. Every system of order requires an ultimate arbiter and there’s always the potential the arbiter will be corrupted.

“The Supreme Court has overruled more than 300 of its own cases throughout American history, including five dozen that lasted longer than [Roe],” writes Ryan Struyk of CNN.

The constitution didn’t change. There weren’t always new amendments. What changed were the views of the justices. Often this was good when the justices’ views reflected the “will of the people.” But there’s nothing in our framework of government to promote this constancy.

As Dube writes, the “will of the people” should be the governing principle of high court decisions if the court as ultimate arbiter is democratic and uncorrupted.

In antiquated America Roe could be overturned precisely because America preserves an archaic view of minority rights unqualified even when those rights disable the majority’s.

Strong, deft politics exercised over a namby-pamby majority mired in an antiquated government created a Supreme Court that no longer reflects the “will of the people.” Democracy was gutted by politics.

There was a time in the fledging of our society that the minority needed primacy over a possible tyranny of the majority, i.e., States Rights. That was long, long ago. The pitiful use of the “States Rights” argument today is madness in a modern world where borders are dissolved by each’s dependencies and effects on the other.

Many minority beliefs still need vigilant protection. But not minority beliefs that disable the majority’s. Therein lies the difference between a modern, contemporary democracy and America’s archaic one.

Therein is the reason democracies like South Africa or Kenya are better than America’s.