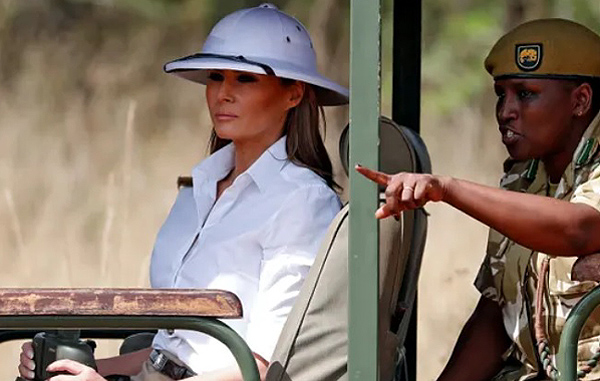 “Our interaction with Britain has been one of pain, death and dispossession, and of the dehumanisation of the African people. We do not mourn the death of Elizabeth.”

This statement from South Africa’s third most powerful political party rings hollow even though it’s true.

Britain, France, Belgium, Portugal, the Netherlands and Germany all ruled Africa with a whip. Virtually all their political leaders actually knew better. They were to a Prime Minister very insecure and totally hesitant about what to do with these rich new lands in Africa.

But everyone of those wimpy European leaders prostrated themselves before the extraordinarily powerful public opinion of the 18th and 19th centuries which demanded the Rule of Herod over the African infidel.

The European public – the emerging educated underclasses which were firing the mills in Manchester and trading bonds in Berlin — were swept away by the exaggerated yet heroic accounts of explorers like Anderson, de Brazza, Stanley, du Chaillu and Livingstone. These European explorers of Africa were more famous than the Kardashians and they had more public visibility than Tom Cruise or Shah Rukh Khan.

The message these men injected into public opinion was that “You pious successful white Europeans have been ordained by God to civilize the barbarian!” Buy my book so I can go, again. “And the wrath of God that will descend upon you if you waiver is much better channeled into whipping bare black backs out of their languor and uselessness.”

It’s a horrid commentary on the prideful gullibility of societies doing well. The lack of any introspection at the time in communities like Edinburgh and Bruges, Rotterdam and Paris is today mind-blowing. The very notion that prim and select educated European behaviors could be rubber-stamped onto yet wild African societies begs belief.

One image always comes back to me: the pith helmet.

The pith helmet was heavy, thick and made anyone in a hot climate sweat like a pig. Try as they did the Brits were unable to get local workers or common Africans to wear them. They finally settled on the fedora as an acceptable alternative for the “barbarian.”

So the statement by South Africa’s EFF Party is totally correct. But it rings hollow.

It rings hollow because no matter the logic and facts of history the British monarchy provides stability in a time of great global instability – at least so far.

As George Will perfectly explains by contrasting Britain with the U.S., the pomp and ceremony of the royalty engages everyone in society, no matter how different or disparate. Everyone loves grandiose celebration, especially when it’s been bleached of any real power.

In the U.S. and most democratic countries today – including the developing African societies – the pomp is misplaced with the executive, according to Will.

“Monarchy remains useful,” Will argues. “Symbolically divested of authority when stripped of the robes in which she had arrived at Westminster Abbey, she stood alone in a white shift and promised obedience to the nation’s laws and customs.”

No political party, no policy right or left, virtually no opinion on anything except… “obedience to the Crown” or more casually in the vernacular, Love of Country.

I suppose you could extrapolate to civic sensibilities like following laws and paying your taxes without griping. Will’s pithy explanation is that executives like Presidents and Prime Ministers, unlike Kings and Queens, have a point to make. Giving them such obsequious adoration is dangerous.

So clearly delineating a society between its intrinsic if not primal goal of stability, and its vigorous internal politics, at least in Will’s view will keep us from blowing ourselves to smithereens.

I’m thinking about it.