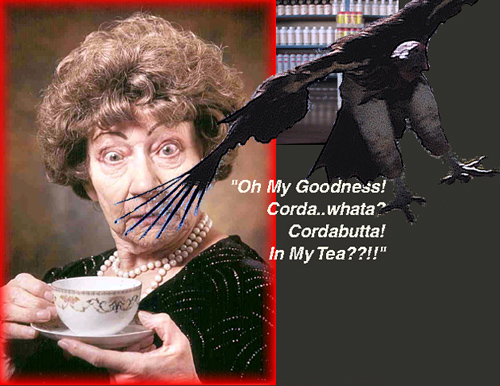 At last a very important film on the human/wildlife conflict! Watch it. Wildlife documentaries are almost always directed towards fund-raising or scandal arousal. This film is different. It’s saying exactly what should be said, as I’ve been trying to do for years.

Lions are more threatened with extinction in the wild than any other big beast in Africa except possibly the rhino. “The Rise and Fall of the Marsh Lions” tells why. Yet I worry that many of you won’t imbibe the whole message. Let me explain.

Lions in the wild are declining precipitously, around 20,000 continent-wide from 90,000 only ten years ago.

This is a major reversal from just a few years ago when a host of other animals were more threatened. There are various reasons for this, but one of the most significant is poisoning by ranchers.

The film is biased slightly towards lions against the Maasai but not by much. The facts are solid. The talking heads (several of whom I know personally) reflect sanguinely and honestly a quarter century of relationships with the pride. Only the government rangers/vets lack clear credibility.

Needless to say the conservationists advocate the lions’ positions while Maasai leaders advocate the ranchers’. What is so wonderful about this film is that it then also documents each side’s understandings of the other, with real empathy expressed by both sides towards the other.

When I started my career in Kenya a cow ready for butchering sold for around $80. Today it’s at least $1500 and can reach as high as $2500 for an exceptional animal.

Maasai are no longer warrior nomads subsisting on their cows for nourishment. They are now educated ranchers selling their cows to buy pizzas and cell phones and cars. It’s a different world and unfortunately the world isn’t big enough for free lions and an ideal Maasai lifestyle.

That’s the wonderful point of this film. Neither side is to blame. The size of the world is to blame. Lions are instinctive predators and will kill a cow easily. Maasai are ranchers struggling to maintain their development and this means removing something that will kill cows.

So now what do we do?

Removing lions and by extrapolation the wild could eliminate natural rangeland controls currently under which ranching prospers. For example, the end of the lion as apex predator could lead to an explosion of prey numbers, which could overrun grasslands and pose a far greater obstacle to ranchers. Remove a chink in the chain of nature and catastrophe is likely.

Apropos to this specific film, imagine what the buffalo could do to Maasai prairies if left unthreatened by lion.

Then there’s a very powerful passive argument that all the revenue – jobs and taxes – brought in by tourism much less the direct lease receipts earned by Maasai involved in private reserve developments for tourism are all seriously jeopardized if the lion population declines.

Many of you have emailed me asking what can we do? “Is there anything we can do to push the gov’t to resolve this?” was a typical email question.

The question presumes that government action is the principal remedy, based on the film’s correct criticism of various government inactions. These inactions include not providing the compensation that in law a rancher deserves if stock is killed by a lion, but also not banning Carbofuran, the (pesticide) poison that killed the marsh pride.

Carbofuran is banned in Canada and the European Union, but its main manufacturer, FMC Corp, still manufactures it in Pennsylvania and exports it to Kenya. Might this be a place to start?

What else can we do? Lobby America and all other countries to vigorously propose at this November’s quinquennial meeting of CITES to list lions as endangered. This will end lion hunting and cross-border trade in everything lion, dead or alive.

Thanks PBS. This one’s worth remembering.