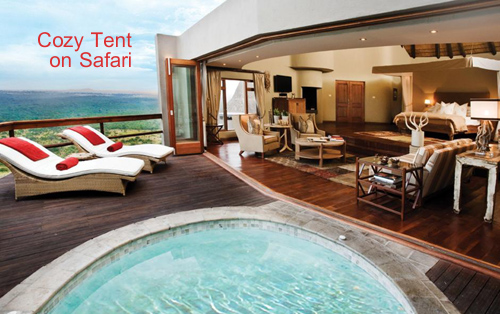 If you’re planning a safari next year, prepare for some of the largest price increases in the history of safari travel.

Large new taxes in all but one of the countries in East Africa come on line by July, and safari prices will begin flirting with the $1,000 per person day level.

Newly implemented V.A.T. in Uganda, Rwanda and Kenya, will push 2013 safari prices up a quarter by 2015.

Tanzania remains the lone holdout, and the pressures on that country to join its neighbors Kenya, Uganda and Rwanda are mounting.

Uganda’s 18% began last year. Rwanda’s 18% will begin next July. Kenya’s 16% tax was passed last year then rescinded for many tourism products, but then reintroduced at the end of the year.

Uganda’s was the first tax to come online, and local operators are now convinced it decimated tourism. Uganda has a lot of other problems contributing to its decline in tourism, but these large taxes are absolutely a cleaver to whatever was left.

A normal pricing formula moves a 16-18% in source prices to an increase of a quarter in retail prices. American safari wholesalers have been averaging around $700 per person per day, which would move that immediately to $875. An average 11-day safari that was selling for $7,700 will become $9,625.

“Average” or “midmarket” safaris have been dramatically declining ever since the great recession, leaving much if not most of the American market buying only high priced trips. So average priced safaris are often hard for Americans to find, today.

American wholesalers won’t offer them, so a first-time consumer is usually forced to buy directly, searching for companies in East Africa. That requires additional due diligence, of course, and sometimes may encounter language problems. (Tanzania’s greatest single safari market comes from France.)

This means that an initial search by a first-time American consumer preferring to buy a trip from an American wholesaler will have difficulty locating a safari under $10,000.

When the taxes were first announced, Kenyan and Rwandan operators said they would absorb some of the costs, but that’s become too difficult.

Profit at the source in East Africa is very volatile. Property owners rarely have consistent occupancy rates, but even business plans well designed to traditional seasonal occupancy patterns are not meeting their goals as the overall market for safari travel declines.

The result is the safari investors are earning less than 10%, diversifying their interests into other businesses like transportation and conventions, and increasingly relying on the local and regional markets.

Midmarket safaris will be the most to suffer. These are the larger lodge chains like Sopa, Marasa and Serena. These are good, very reliable companies whose package programs still price around $5,000 for an average 11-day program.

If they wish to sell to American consumers, they’re going to have to massively upgrade their websites and begin aggressive direct marketing campaigns. This they are reluctant to do, because while the American market is important, it’s never been as important as the European or Asian markets which continue to rely on more traditional selling patterns.

European and Asian agents would likely dump one of these midmarket vendors for their competitor if it became too obvious they were selling directly.

But they are also the most price sensitive and the ones certain to be hurt significantly by the V.A.T. increases. I don’t think they have any choice but to begin direct marketing.

The decisions by the governments to move ahead with V.A.T. suggests several things.

To a certain extent that’s true. For the western world budget safari travel has all but dried up. But for the emerging travelers in Asia, budget travel is critical and I think this will have a crippling effect on a market that was growing substantially and fast.

All eyes are now on Tanzania. I think it near impossible for the country to hold back. For the time being Tanzania has an enormous price advantage over its neighbors, although it has been enjoying the advantage of being free of the terrorist incidents Kenya has endured and free of the horrible political turbulence of Uganda.

I actually think that Tanzania’s reluctance to implement V.A.T. has a lot to do with its corrupt tax collection system, and that increasing this type of revenue would exacerbate an already horribly corrupt system at a time when European powers have been specially public about Tanzania’s naughty ways.

Safaris have always been an expensive vacation. But compared with other trips, safari prices have increased far more quickly. Forty years ago when I began my career and right until the middle 1990s, the cost of your safari was about the same as the cost of your airline ticket to get there.

Today a safari averages four to five times the cost of an airline ticket. That metric more than any other shows how exclusive safari traveling in East Africa has become. For the vast majority of travelers it’s now just out of range.

Is there an alternative? Sort of: South Africa provides numerous opportunities for good budget travel. It just doesn’t have the quantity of animals or expanse of wilderness terrain found in East Africa. But for a midmarket budget, that will now become the only available destination.