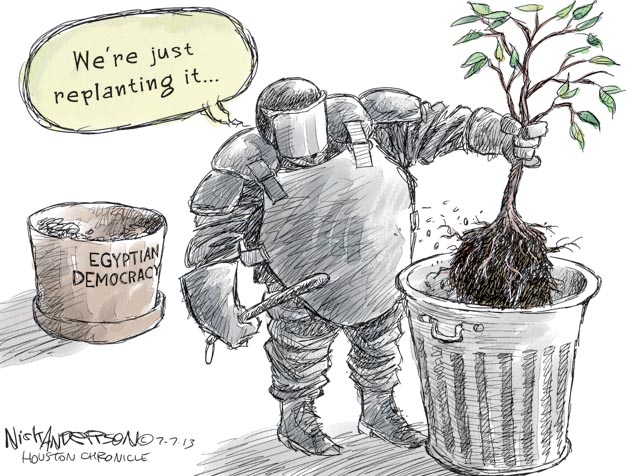 Add South Sudan, Central Africa and Libya to Iraq and Afghanistan and you have the most costly failure in human history to make undeveloped parts of the world in the image of its superpower.

“Most costly” is an understatement. None of us can begin to imagine the 20 years of military hardware costs, personnel deployment costs, global policy orientation costs … except perhaps Eisenhower’s impugned “military-industrial” complex.

None of America’s experiments in democracy abroad was as promising as the South Sudan. Unlike elsewhere in Africa and the Middle East, America’s contribution to its generational civil war was mostly limited to diplomatic involvement.

Which was true of the other side as well. We supported the rebels. Russia and China supported the mother country, Sudan. And when Russia dared to send more than a Mig or two, Clinton bombed a Khartoum factory and Russia agreed to toe the unspoken diplomatic line to not arm the factions in the war.

So the war went on and on and on, very much like Darfur continues in the western Sudan, today. Rather than planes from Russia and tanks from the U.S., guns and hand-held missiles came from arms dealers in Jamaica that had mastered the insecure arsenal of the downfall of the Soviet Union. That wasn’t good, but it kept the war at a lower grade.

The emergence of the new South Sudan nation was a joy to the world, and especially to America. Politicians and celebrities all took credit. Although landlocked, the country’s potential was uniquely good, because it sat on so much oil, because so much of its land was unpopulated and fertile, and because its long civil war had leaders ready to go.

DEMOCRACY
It’s one thing to nuke Afghanistan because its leaders bombed the World Trade Center. It’s quite another to suppose you can remake that part of the world in your own image.

We are learning again and again that America’s form of government — indeed lifeways, altogether – doesn’t work in the undeveloped world.

There are dozens of fundamental reasons why. But consider just this: America itself has had constant and serious problems with implementing its own democracy literally from the getgo.

We’ve mastered democracy, perhaps. But from Congressional gridlock to politicians’ lies to the uncertainty in counting votes to the complexities of voting at all … these are complicated, intricate problems created, analyzed and remedied by very modern and often high tech solutions.

I can blithely mention the “unimagined cost” of our mistakes, but even the carefully imagined costs of mistakes in the South Sudan result in that country’s own immediate deaths and destructions.

In America our mistakes are often manifest far from our shores. Not in places like the South Sudan. There is a simple line from a politician’s corrupt actions to the deaths of thousands of his fellow countrymen.

Writing today in African Arguments, Andreas Hirblinger dissects what’s left of South Sudan’s constitution and government and shows that little is left but the authority of the current “democratically elected” president.

Democracy doesn’t work in undeveloped places. This is a lesson the entire era of the “Arab Spring” is finally teaching us.

TANKS
Give two thugs AK47s and you turn a brawl into a war.

So pleased with their creation of the new democratic state in Africa, the western world began pouring in funds without strings.

What did that money buy? Communication systems from IBM? How about urban development consulting from J.D. Powers? No? Almost all the money went to Halliburton and it wasn’t just for catering services on oil rigs.

Not long after George Clooney and Hillary Clinton attended the unveiling democracy in Juba, the U.S. and its allies wittingly or not began arming South Sudan to the teeth.

Surprise! Huge new fighting began with The North. The war was supposed to have been over.

We need worldwide gun control. And that, because it’s so dearly linked to manufacturing and concomitant economic growth, is the harder problem.

Imagine suggesting to a country dominated by such an entity as the NRA that the UN should enforce a ban on all weapon transfers. Yet that is exactly what’s needed.

Fights are organic parts of any social development. Words don’t kill. Fistfights rarely kill. Give a newly emerged nation whose population is still mostly illiterate and has lived for generations by subsistence agricultural an arsenal of modern weapons …. well, I think anyone can understand this argument.

But will we do anything about it?

Maybe. I think Gates’ memoir, statements by Thomas-Greenfield and actions by Kerry have many lines to read between. I think America may be learning this critical lesson about democracy.

No chance we’ll stop the military-industrial complex. Eisenhower was spot on.