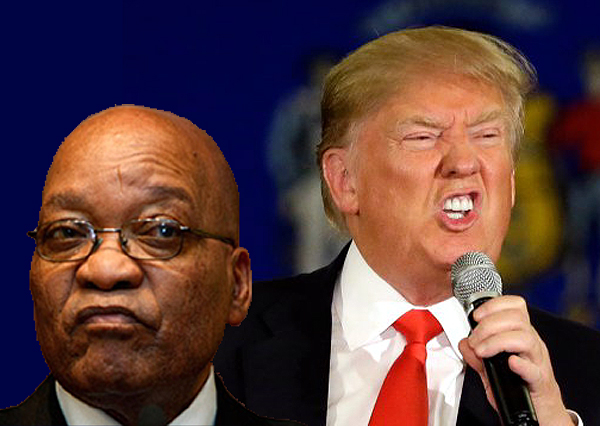 Jacob Zuma’s seven years as South Africa’s president was one scandal after another and constantly indecent. His nepotistic appointments led to random deregulation that has actually caused escalating power outages and food shortages. His potbelly of corruption despoils the word “emoluments” and now finally South Africans want to bring him to justice.

And they can’t find him.

Instead of showing up in court Tuesday on one of his dozens of subpoenas, his lawyers presented the judge a “sick note.”

Never mind that nobody knows where he is.

Africans’ patience is legendary. Whether the centuries of slavery followed by a century of colonization followed by decades of narcissistic and corrupt leaders, the current African can look back on his ancestor not as a fool but as a suffering hero. Because the fortitude of simply staying alive through such a maize of formidable barriers seems, finally, to be reaping some good.

Today, for many Africans, seems brighter than yesterday.

So the judge on Tuesday suspended the arrest warrant until May 6. After all, he was the president of the country for 7 years.

Jacob Zuma is South Africa’s Trump. Or. Donald Trump is America’s Jacob Zuma. Either way in terms of their political careers, they’re two peas in a pod.

Jacob Zuma’s ‘career’ if you dare call it that, is about 3-4 years ahead of Trump’s. Yesterday, still another warrant was issued for his arrest. At one count he has more than 200 indictments being processed against him, his sons and the rest of his family.

How tempting to take comfort in the fact that the man is reaping what he sowed.

But nobody knows where he is.

Funny thing. The liar often seems to disappear when the truth be told.