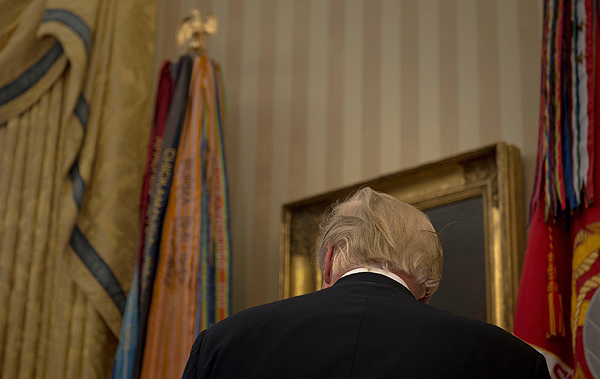 If you believe that there is too much immigration into the United States, then Friday’s announcement imposing additional immigration restraints on six countries including Nigeria and Tanzania looks reasonable.

But the reasons given by Homeland Security are not reasonable, they’re nonsense. The halfwits in the Trump administration are learning the ropes. They’re becoming just as politically agile as any of the reptile predecessors they promised to sweep away.

The new restrictions ban “immigrant visas” from these countries. These are visas issued to qualified applicants whose stated intention is to leave their country and live in the U.S.

Qualified applicants go through years of applications and checks and are usually well off. They have skills needed by the American work force. Last year almost 8,000 immigrant visas were issued to Nigerians and there is a list of more than twenty thousand waiting for their turn. Successful applicants can wait ten years to get their visa after being qualified.

The numbers are much lower in Tanzania. But Tanzania got an additional offensive slap on the face that Nigeria avoided: Tanzanians are banned from the “diversity program” which issues green cards to 50,000 people annually by lottery. Just under 300 Tanzanians annually benefit from this program.

Using bureaucratic creativity and dressing it in legalize Homeland Security claimed that the new bans were generated because these countries were lax with information sharing and lacked modern passport procedures.

Absurd, of course. These subjective proclamations could easily pass muster by any number of arbitrary metrics, but the point is that there’s little difference between Tanzania and Guatemala. The only difference is that Tanzania has a lot of Muslims and Guatemala doesn’t.

There was no explanation as to why Tanzania is excluded from the visa lottery but Nigeria isn’t.

These will be the arguments that the ACLU and others will now use in court, but the Trump administration has become quite adept defending racist truths with legal possibilities. How will a court be able to determine if Tanzania was forthcoming with immigration information sharing?

So if you think we’ve got too much immigration, your champions have found a legal way to stop some. But they did it, again, by lying so that it seems to emerge from a nonracist policy when in fact it’s patently racist.

Trying to avoid a tit-for-tat Homeland Security Chad Wolf told the BBC,”These countries, for the most part, want to be helpful but for a variety of different reasons simply failed to meet those minimum requirements that we laid out.”

The BBC claimed he then said that officials were being tasked with helping these countries work on the requirements so they could get off the lists.

Tanzania is acting a bit silly, pretending that it hasn’t been officially notified. This concerns me. It shows either that they don’t know how to react or worse, that there is a serious debate in the Tanzanian government halls about how to react. The Tanzanian president is as pure a populist as exists. I worry about his reaction.

Articulately explained, one Nigerian said it was simple math. The largest numbers of Africans living, planning to live and visiting the United States come from Nigeria. The most recognized East African country with the highest Muslim population is Tanzania.

So in the Trump world “Africa” along with “terrorist” and a few famous Trump remarks about the continent being a “shit-hole” have all now merged with “Muslim.”

Trump officials are finally implementing the Trump truth that if Africans get into the U.S. they’ll never “go back to their huts.”