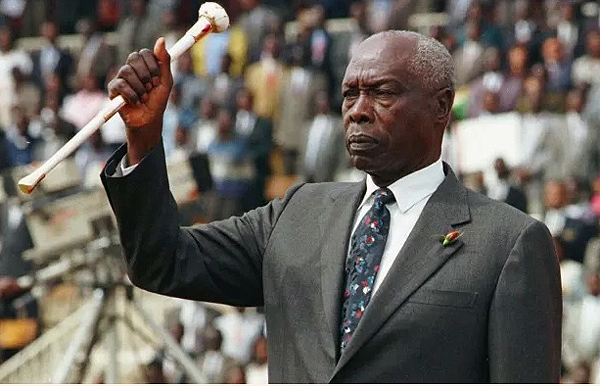 Dear Trumpers, Wildmen, Militias and you famous Deplorables. This blog’s for you.

I’m slowing down. I’m not spending as much time in Africa as I used to, but since my earliest twenties I’ve spent a long, long time in Africa. And it won’t be any surprise to any of you that most of its politicians were corrupt dictators.

As I encountered them I’d spend more time looking at their supporters than at them. I wanted to understand why they were cheering.

Now decades and decades have past. The old dictators and many of the people who supported them are dead.

I remind them how old I am and how I watched them, trying to understand. I apologize and then just say, “I really don’t know anything about your father or grandfather, I just wondered what you knew about them.”

They start to tell me, but then they change the subject or leave.

Nonrelatives don’t say nice things about the “cheerleaders” or “chanters” as some African languages translate better.

I ask them about signature rallies, like the ones Trump held yesterday at the prayer breakfast and then in the East Room. I ask them why their parents, who were religious, didn’t see how ungodly the man was.

But there aren’t any living souls who will speak straightforwardly. They act like they can’t explain it. Schoolchildren hate being read the history. It makes them hate the old men who died with the dictator.

Only residual politicians – worried that their jobs aren’t as secure as a military regime could make it – show public respect. Tuesday the current president of Kenya has declared a national holiday to respect the old, dead, soon-to-be trashed old man.

I remember some of Moi’s rallies. His “base” went wild as he flipped his signature fly whisk in the air. When he carefully nuanced the “fate” of his opponents, they cheered and cheered.

After he was long gone, they found his torture chambers. Thousands of his opponents died there. They called them the Nyayo Torture Cells.

After he was long gone, the Kenyan government tried to recover the billions and billions he had snuck away in Swiss banks. While his loudest cheerers’ children walked naked on the dirt scrounging for beetles to eat.

Those who aren’t yet dead, who were close to him now lead veiled lives. Many have disappeared.

But most of all, the most important thing to know, is what everyone now thinks about the dictators’ followers. They weren’t bad people. They were just dumb. They were dupes. They were lied to more than anyone else but for some reason they believed the lies.

Don’t let yourself be just another tool in a TV man’s box to get good ratings.

Your life matters and it matters to all those who will come after you. You can determine what they and the whole world thinks about you, a hard-working someone who did this or that well and left his albeit tiny little mark on the world.

Or a shouting voice empty of any soul whose grandchildren lower their eyes when asked about you.