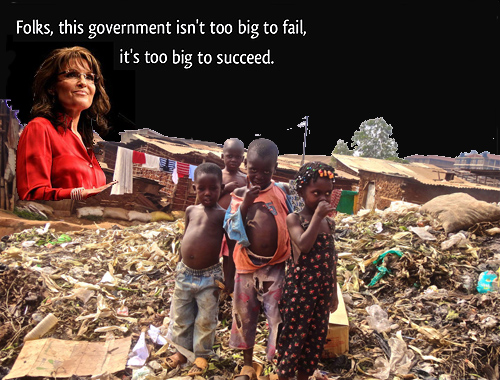 The fight against malaria is going well, but American attitudes will have to change to achieve ultimate success.

Malaria threatens much of the world because there’s no vaccine and its threat increases proportionately with poverty.

But a successful vaccine or other efforts like bednets could actually increase poverty and disease overall.

The circular relationships of water and trash to malaria means that malaria will be automatically reduced – even eradicated – when better water and trash collection arrive poor communities.

A critical part of the Obama administration’s initiative to reduce malaria understands this, but it is somewhat buried in its presentation to Congress in order to avoid the expected criticism that there is too much government in such initiatives:

“The President’s Malaria Initiative (PMI) works to reduce the burden of malaria while at the same time strengthening host country health systems and workforces,” in my estimation is the key ingredient, but you have to read quite deeply into the report to get to this section. The front of the report is all about nets, spraying and diagnosing, things that Congresspersons can grasp.

“You can’t fight malaria without health care workers,” the somewhat buried part of the President’s plan understands well, because these workers don’t simply instruct people on how to fight malaria, they work on social services like potable water and trash collection.

The American Congress – indeed, the American people – don’t accept the huge efforts required by government to build social institutions like public sanitation. Whenever such efforts are suggested, naysayers point to corruption and lack of private enterprise involvement.

That’s why efforts like the President’s Malaria Initiative have to fool Congress into thinking that American money is not being spent on such grand goals, but on things like nets and spray.

In America all criticism of large scale government involvement finally devolves to the insane belief that government is the problem, not the solution, and this mantra has been insidiously instilled in the American psyche ever since President Reagan said it nearly 35 years ago.

The largest private organization fighting malaria is the Bill & Melinda Gates Foundation. While their efforts are noble, they haven’t achieved a fraction of what government-to-government aid, like the President’s Initiative, has:

Two researchers at Duke University recently concluded that “impressive progress in the fight against malaria” occurs exactly because of a “substantial increase in [government-to-government] funding,” specifically the President’s Initiative.

Private NGOs focus on possible cures like vaccines and inexpensive solutions like bednets because it’s a lot cheaper than developing public health systems.

Yet as they approach success a horrible catastrophe looms: What if the Bill Gates Foundation finds a malaria vaccine? What if enough bednets are distributed to basically reduce malaria substantially?

Without delivery of potable water, none of these “children saved from malaria” will be healthy. So while malaria might be reduced substantially, overall public health will decline.

It’s simply a matter of money. Government-to-government aid for reducing malaria last year was $3 billion. Private NGO totals, including the Gates Foundation, was less than half that.

The Duke researchers suggest that $6 billion annually is necessary.

Yet that was exactly how malaria was eradicated from the U.S.!

Until the attitude promulgated in America that government is less effective than private initiative changes, the world will not.