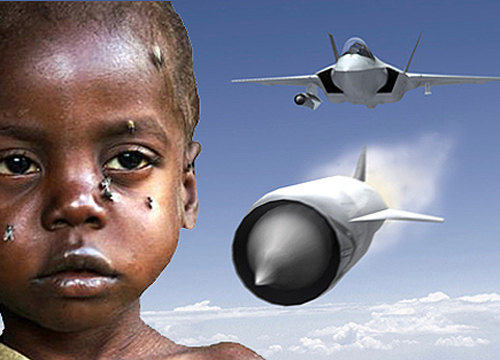 Nine Eleven was a day of reflection, but in Kenya where I am it exploded. A British tourist was murdered and his wife kidnaped in the far north as southern Somalia imploded further, and Kenya desperately appealed to U.S. Republicans not to undermine its development by making it the victim of the U.S. budget crisis.

It’s all inextricably linked. It might be complicated, and that may be its nemesis with the simple minds of the Tea Party, and there’s too much here for a single blog. Tomorrow I’ll be less ideological and more news specific, but today I want to counter the empathy of yesterday with the horrible reality of the last decade as seen outside the U.S.

Sitting here in a luxury hotel in Nairobi with CNN on during all my waking hours, it’s hard to argue that a clearer perspective is achieved further from home. But it is. The travel through multiple countries and airports, the fellow passengers from all distant parts of the world in stimulating conversation, the foreign newspaper headlines and the incessant chat of the local taxi driver. It takes you far away from the repetitive and often circular news surrounding us in the U.S.

And besides, even CNN isn’t the same. CNN has been fine tuned to its customers worldwide for decades. It’s not the same in China as Dubuque, London or Nairobi. Worldwide, one of its most respected anchors is Jim Clancy, and click here for his own reflections, quite similar to my own. You won’t see this in the U.S.

Let me be so bold as to summarize the rest of the world’s views about Nine Eleven this way: If the U.S. didn’t exercise its power and express its grief militarily, the world – and the U.S. – would be much better off.

To the rest of the world yesterday marked not so much a stabbing memory of abject loss as a tedious decade of wrongdoing.

The number of people who have been killed in military violence this past decade far far exceeds those killed in the initial airplane hijack attacks. Perhaps a third of a million in Pakistan and Afghanistan alone, and hundreds of thousands in Iraq. And these aren’t principally soldiers, but civilians caught in the cross fires of ideology.

Any American who watches the film “United 93” immediately wonders why is this a British and not an American film. It’s the only concise documentary of the bungling of U.S. defense on that day, how probably three of the 4 plane crashes could have been minimized, if only someone in authority could have been found.

This is a British film, not an American one, because Americans seem incapable of admitting this mistake. No American would dare produce it. Watch it.

And this ineptitude was followed by the moral degeneration of a giant reacting to a flea bite by sledge hammering the ground around him, blindly and randomly.

There is no doubt that al-Qaeda targeted us. There is no doubt it was an inept attempt, because al-Qaeda is inept. But al-Qaeda is crazy and dangerous albeit inept, and we knew this years before they acted. We refused to deal with them as deranged, the same way we avoid dealing with our own mentally challenged individuals.

And when they finally ‘lucked out’ we were defenseless.

Thank goodness it wasn’t the Joker or an alien invasion or trained mercenaries from the Comoros, or we might currently be under a foreign military dictatorship. No President or Vice President or other chief political officer could be found to give cogent orders, or perhaps they weren’t found because there weren’t cogent orders to give. Planes that were scrambled flew off in the wrong directions, unarmed.

Our “Homeland Defense” up until September 11, 2001, was to believe we were invincible simply by maintaining nuclear arsenals and giant battleships.

The rest of the world, Europe in particular following the Balkan wars, realized that peace is created by development not destruction.

But we have never nurtured goodwill with the same enthusiasm we nurture military superiority. I think we reacted like the giant squashing the flea not so much to being attacked, as to our own inability to defend against those attacks in any other way. And like a humiliated bully with no social skills, we started scorching the Mideast.

(If oil as the unspoken booty didn’t exist, possibly we couldn’t have mustered the rationalizing to pursue it. But there is oil, there. And oil is needed for the bomber planes.)

And now to today. Sunday talk shows seemed horrified that the Super Committee will be deadlocked and the military required to take a 10% hit. What’s going on? In Africa we have committed 9 billion over ten years to help their medical development. And just before our Nine Eleven celebrations, they were advised this promise might not be kept.

Why might we renege? Because we need that 9 billion for a couple months of war in Afghanistan.

Instead of a decade of improving the health of a billion Africans who are actually on the frontline against terrorism and who are rapidly becoming an economic powerhouse, customers for our iPhones.

I see no starker comment on how wrong we continue to be.