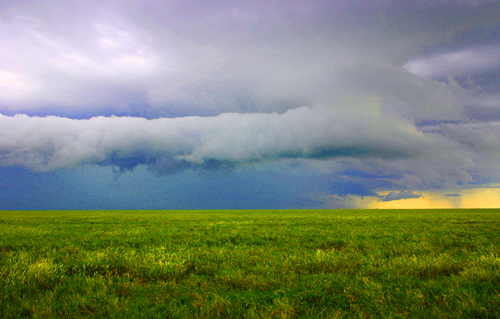 The capacity for denial in America’s current lemming-like culture makes Africa seem like the real Super Power and we Midwesterners hoakies from Padokie. Super Storm Sandy = Global Warming. When will Americans learn?

Four times weekly starting about 5 a.m. CDT I access the internet to write this blog. This morning, half my links are down. So is the stock exchange. So is LaGuardia airport. And clients we have returning from a safari, half-way around the world, are stuck because their flight is canceled! Because of Sandy!

Because of GLOBAL WARMING.

The storms over the Serengeti are legendary, and I’ve often wondered if my own and other Midwestern fascination with the Serengeti is because we at least share turbulent weather.

As a child in tornado alley in northeast Arkansas I stood with my two younger siblings in the frame of a door watching hopefully as tornadoes passed us bye. That frame was destroyed by a tornado several years after we moved on.

In the Serengeti I’ve had camps blown down, had vehicles ground to a halt on a granite boulder by blinding rain and will always remember a TWA pilot who as a client pointed up to the sky and exclaimed, “That is an altocumulus standing lenticular!”

He exclaimed that the magnitude of that storm would flip a 747 like a dead leaf by a leaf blower.

But times have changed. These tumultuous events are no longer memories of the extreme. Extreme weather is normal, now. Quickly and more forcefully it’s happened than even we staunch heralds of global warming predicted.

A terrible storm whether in Africa or here is no longer unusual. Kenya’s northern frontier is exhausted by drought following floods following drought. The Zambezi River is flooding villages one year then practically turning off the next. South Africa’s breadbasket is being torn apart by desert winds.

And at home we just suffered the hottest year on record along the upper middle Mississippi, and drought was formidable. And this followed a year of incredible flooding. In our little corner of northwest Illinois in my little village several people were killed by floods. No one remembers that happening before.

For the past few years I’ve tried desperately to understand why so many Americans refuse the science of global warming and so many Africans don’t.

So sort of a free ride, eh?

But you know, if even that cynical view is correct, it’s no different than an old man lending a couple bills to a young lad who fetches his mail each day.

Because if we stop looking at ourselves as competing counties for the river’s stream and stop gerrymandering ourselves for a slight advantage for our portfolios, and start to realize that air blows right across immigration fences, then we’ll realize that this is a challenge that the world together can solve.

But my god it has to begin by simply acknowledging science. Recently several scientists in Italy were jailed for failing to adequately warn a village of an impending earthquake.

Perhaps we should consider jailing the crazies in Alabama who think global warming is a hoax?