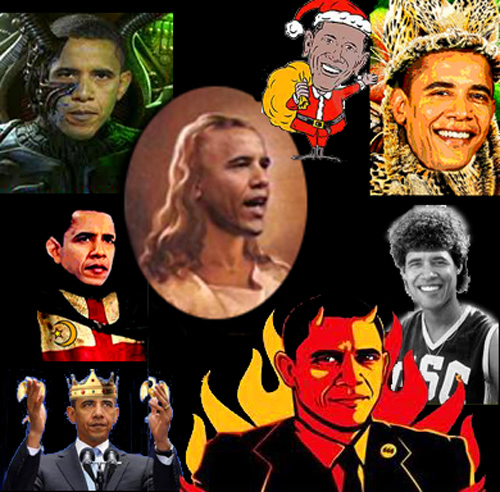 Should Obama lose so he can save the world? A prominent Nairobi commentator argued that if Obama loses the election he can then join past leaders like Clinton to better influence the world.

Charles Obbo writing in today’s Daily Nation explained that if Obama wins, the growing conflicts in Iran, Syria and Mali will turn nasty and “the US president will have to enter the fray on the side of Israel – and alienate two-thirds of the world.”

This and economic conflicts with China and America’s penchant for shooting before talking could all destroy Obama’s current trajectory to become “the only person of colour” to join the “non-state do-good” club of Clinton, Carter and (Bill) Gates.

(Interestingly, Obbo dismisses Kofi Annan as “still developing his voice” and explains that Nelson Mandela and Desmond Tutu are too enfeebled.)

I was struck by the analysis that Obbo thinks someone can influence world affairs more as an individual than as President of the United States. I don’t mean to pat my own American chest here, but both Clinton and Carter left imprints on the world during their very short times as president that they’ll never be able to duplicate as private citizens.

I think it likely there was an ulterior motive creeping into Obbo’s commentary. Many Africans – and particularly Kenyans – are disappointed that Obama didn’t pay them more attention during his first term.

The reader Yvonne in replying to Obbo pried it out clearly: “He is a leader of the free world not just Africa. Kenyans forget that he had .. an economy on the brink of collapse and two wars that he had just inherited.”

Normally an oped in Kenya’s main newspaper, the Daily Nation, draws a handful of comments from the readers. This morning when I looked there were more than 50. The majority took issue with Obbo on a number of counts.

Several gave Obbo the Bronx Cheer, pridefully arguing that neither Obama or the “non-state do-good” club were needed.

Leo Tamutu says, “We don’t need foreigners to do charity in Africa. We have thousands of Kenyan Billionaires to do us pride in charity… To wish Obama loses to Romney so that he can divert his attention to helping Africa is pathetic.”

A number of readers ticked off the now well-known litany of reasons Romney would be a disaster. Alex Njinu sums it up for many: “No way, Romney is helpless, hopeless and pathetic.”

Symore Themoose says, “Romney … spells trouble, war all across the world. Republicans own and run weapon factories, and markets for their goods come first.”

Michael chided Obbo, “Yes, let Obama think about his reputation. Not the global catastrophe at stake.. I’m sure Romney, who thinks Syria is how Iran gets to the sea, understands foreign policy completely.”

Kiwanuka Nsereko believes Obama is the only candidate good for women throughout the world:

“Whether Obama will be a state actor and give the brown-black people a voice does not matter,” she begins. “What is pivotal is for him to … sustain the voice of women, which is in danger of being eroded by the right wing wackos. Saving the women voice, in the USA, will have the domino effect of providing hope for women around the world.”

But I found one comment which was incredibly insightful and really reflects my own deeply held view about this election:

Gabbe O’k speaking especially to the many Kenyans who believe Obama lost interest in them explains, “Obama had to distance himself from Africa to even have a chance for the second term… Republicans were waiting to brand him an outsider caring for African affairs… Right now his biggest disadvantage is being half black because most jungus cannot stand another 4 years of a black president… If he were white this could have been a landslide.”

Yet it’s interesting that Obbo – a man who I greatly respect and who sees the world generally with the same vision I have – believes that a U.S. president loses much of the power of individual good just by being President. I haven’t come to believe that … yet.

Folks, these are all remarks from Kenya, not from Columbus or Miami. But they represent as much if not more insight into America than Americans have themselves.