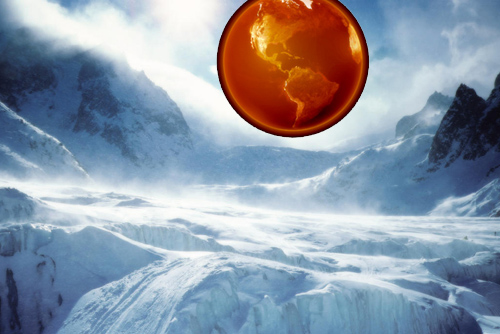 Nigeria thumbs its nose at the U.S. and U.K. on gay rights, Japan uses nuclear clean-up funding to hunt whales, 4 more rhinos killed in the lowveld and Durban’s in the bottom of the dirty coal tank. Oh, did I forget that Europe’s coming apart?

The weight of organic and inorganic problems on this, man’s planet, seems so stultifying at the moment that any sense of urgency any single problem might legitimately beget is evaporating like a thin pond of ice in a very cold winter.

Over the last decade or so I’ve looked to Africa as a leading indicator of where the world is going, and it’s often not been promising, but it’s proved pretty accurate. The latest, and perhaps the final reasonable global indicator, was what I called early on twevolution and which later developed into the Arab Spring.

But remove the mechanisms of logic as drivers of the inevitable next stage, and the fundamental cause is revealed as ethnicity, or more generally, distrust of others not like you and your family. It’s the old who gets the biggest piece of the pie thing.

So, today, when we’re making 9″ instead of 10″ pies, there is even less than ever, even though the more that used to be we now understand was a fanciful creation of those who already had most. Alas, there really weren’t many 10″ pies: just a lot of TV images of the same few.

So if there’s any good news at all it’s that finally we’re fighting about reality.

Britain, Hungary and the Nordic countries may ultimately be looked upon by history as the diseased parts of the European body that finally took down the whole creature. A dysfunctional and incomplete European Union is worse than no union at all.

Japan and Asia’s intractable obsession with consumption of rare earth forms like tigers and rhinos and whales is destined to lay the planet wasted of such things in just a few years. Then what comes next for them: in place of tigers, rhinos and whales, will they start consuming Inuit, Slavs and transsexuals?

And what is the “brink of destruction” that we seem to push just a bit further away year after year as the world gets hotter and hotter. Ever see the horrible movie Waterworld?

None of this will change, if we as individuals don’t stand up and shout, “We’ll take less!” Any odds on that one?

And that’s one cold, dismal Friday morning on earth in the (is it the?) 21st century.