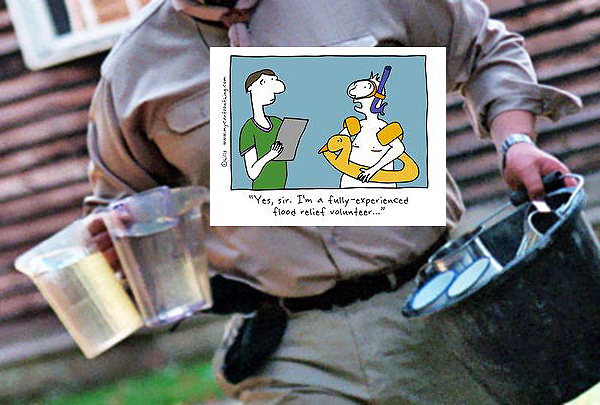 “The growing practice of [traveling] abroad to volunteer is often not only failing the communities they are meant to be serving, but also setting these travelers, and by extension our whole society, up for failure.”

I’ve written for years that the vast, vast majority of private charities in Africa are bad. This doesn’t mean that the people volunteering are bad, or that the missions they intend to carry out are always bad.

Although the missions are often bad. The best examples are volunteers who come to paint or build or teach computers but have no real training in those actual areas. So they don’t know how to paint corners or scale sashes or use Linux.

Much less that where they’re going certain colors are offensive, or that making noise during midday prayers is blasphemy.

These and thousands of other examples often mean that the mission can’t be carried out as quickly as most volunteers allocate, because training is first required. Training is expensive. In the end the vast, vast majority of not-for-profit executives discourage overseas volunteering for exactly this reason.

There are often much worse misdirected missions. I remember encountering a group of Methodist church people in Nairobi from Kansas who had come laden with money and material to build a fish farm in the middle of a desert.

They had misinformation about the town they were heading to, chosen strictly because of its religious affiliation.

This is exactly the kind of thing Ms. Rawlings was admonishing the kids about. More and more we’re learning that African orphanages are being maligned by overseas volunteers, and in some cases turned into child trafficking outfits.

Two years ago the Australian not-for-profit, Forget Me Not, compiled a report of just such cases. It led last year to the Australian government making some voluntourism a crime.

But Ms. Papi takes the argument further, as I have, and much more eloquently. She explains that the time, energy and other resources that an individual allocates for voluntourism are urgent resources that could be put to so much better use.

Volunteering locally, for example, will likely take less training, because individuals will be culturally and social acclimated. Hard cash, plain money, checks or wires, often obtains locally three or four times the goods that volunteers bring with them. This is particularly true of computers, phones, soccer balls, etc.

And Ms. Papi points out the great “cooptive” aspect of voluntourism, the fact that the benefit is only guaranteed to the volunteer: making him or her feel good.

There’s nothing intrinsically wrong with that, except when it dissuades that individual from the necessary analysis that in today’s world, big problems can only be solved in big ways.

The notion that abandoned children, poverty, diseases, illiteracy and other such malaises can in any meaningful way be efficiently conquered by a single or few projects by one or two organizations is frankly nuts.

There’s no question it provides help to a few, and reeks illicitly then of success. But when you consider all the pitfalls above, it becomes counter productive; it’s worse than not volunteering.

It’s very hard to contain generosity, but that’s what’s necessary. The world is stressed beyond belief today. We need organized, efficient action, and that can only come in Big Ways which usually means government to government.

That statement is controversial, I know, but I’ve lived long enough to know it’s true. Regardless, let’s heed Madams Rawlings and Papi’s sound and urgent advice.

Don’t volunteer abroad. Use your enthusiasm and energy here at home, getting yourself ready for the next election so that the governments will be as generous and responsive to critical issues as you’re inclined to be.