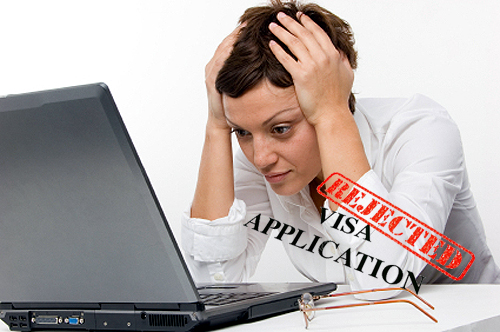 Online visa applications are being rushed to operation by countries all over the world, including India and Kenya.

Most of these new sites are very difficult to use. Many countries like Kenya have inadequate servers to process even the fewest simultaneous requests. While it’s unlikely this new impediment to a vacation will impede tourism growth, it’s a horrible blemish on the country’s image as a holiday destination.

Kenyan officials justified the new process when their site went live last July as providing a better level of security.

Kenya, in particular, has dramatically turned around its level of security in just the last 18 months. That country’s incidence of terrorism is now lower than the U.S.’

I’m also sure of another benefit: less corruption. Immigration officials were notorious at extracting bribes from incoming travelers. This occurred most often when the agent claimed there was no change when a visitor used a large note (like $100) to pay for a less expensive ($50) visa.

So I think without question this benefits the countries instituting the procedures, at least in the short run. They really have to improve their processes, though, or it will begin to take its toll on future tourism:

Of the couple sites I reviewed India’s is the worse, and that seems incredibly ironic given the technological level of the country. But their difficulty was in building a site without adequate foreign culture input.

Like all cultures whose principal script is not letters but images, the transliteration into a language like English tends to get very wordy and organization is often in color rather than structure.

Kenya, on the other hand, has a wonderfully intelligible site. Problem is, it’s ridiculously slow and often crashes. It’s the same problem I presume that Obamacare went through, only the Kenyans have not remedied this problem after six months.

Kenyans deal with this every day, and so to them, it’s no big deal. Everything from their home electricity to the turn signals on their cars will frequently stop working … but it always comes back. Kenyans must understand that isn’t good! It doesn’t take much for a visitor to wonder if the small aircraft taking them to the Mara might lose power as easily!

The majority of leisure travelers to India and Kenya are retired and have not mastered image manipulation. Many aren’t capable of scanning at all. And for those who can scan, the restrictions to the size, resolution and shape of the images that these sites impose are too difficult for the visitor to manipulate.

It seems to me that as a simple courtesy these countries ought simply accept whatever legible image is presented, and then develop their own technology to manipulate it however they wish.

That hasn’t happened, and so this is the point which stymies most travelers. The remedy requires finding someone or some business that will manipulate the images to the required parameters.

Many travelers have previously used visa application services, and I expect in due course these agencies will learn to process these applications in a way that overcomes a liability issue for them, now:

Currently they aren’t allowed to setup the initial account online or fill in the particulars on the pages that accept what is tantamount to a digital signature from the applicant. Although these steps aren’t the difficult online ones, it reduces the visa agency’s assistance to nothing more than what a local Kinkos or nephew must do to manipulate image structure.

All travelers must applaud efforts to enhance the security of their vacation. We’ve spent years now complaining about TSA but we’ve come to accept it, and to its credit TSA has also improved.

Let’s hope these countries’ online sites also do. For the time being, though, if you’re a typical traveler accustomed to little time getting your visa, better think twice and set aside a week or two!