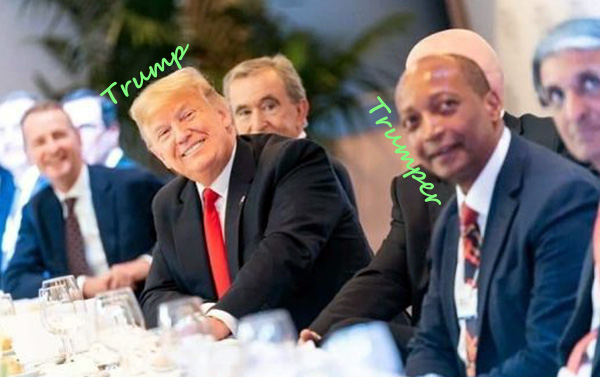 So I wanted to write a blog this morning about all the African leaders who lied, making comparisons with Trump of course. Couldn’t come up with much, actually. Dictators generally don’t have to lie.

But I’d gone about it the wrong way. I’d actually been thinking about “hard facts” like ‘America’s GDP is 3%’ or ‘largest inauguration in history’ or any of the other 16,000+ documented factual lies of Trump. You see, smart dictators don’t challenge simple truths.

So when I broadened this head game to include generalities, well then of course every dictator on earth claimed he was loved when he was hated, because his people were so well-off when in fact they were miserable.

In fact it’s hardly just dictators who make false judgments about factual situations to avoid being called a liar.

My head game over without much worth writing about, all of Africa blows up this weekend over a judgmental lie of Herculean magnitude uttered by one of South Africa’s billionaire businessmen, all of whom are a hair’s breadth away from political power, today, in South Africa.

Patrice Motsepe was invited with other African moguls to a dinner hosted by the World Economic Forum last week when he was caught on camera talking to Trump.

After gloating that he and Trump were both named to Forbes’ 100 greatest world businessmen list, he then said… out loud … in a high-profile public setting:

“Apparently forgetting Trump’s description of some African states as ‘shit-hole countries’,” South Africa’s Daily Maverick wrote the next day, “The response on social media was vociferous.”

That understatement hardly ended there.

The weekend was filled in country to country with editorials and social media not just refuting Motsepe’s sycophantic remarks but wondering why the hell he made them.

That’s pretty clear. Motsepe managed to get his appointment to the prestigious 28-member WEF Board of Trustees, announced the next day. Trump has a major say in those appointments.

So it was an exactly similar lie when the president of Ukraine said he felt no pressure whatever from Trump to mount an investigation into the Bidens. Right?

Both men had ulterior motives for these judgmental lies.

Good grief. Can you imagine ten years ago parsing the moral difference between a judgmental and factual lie?