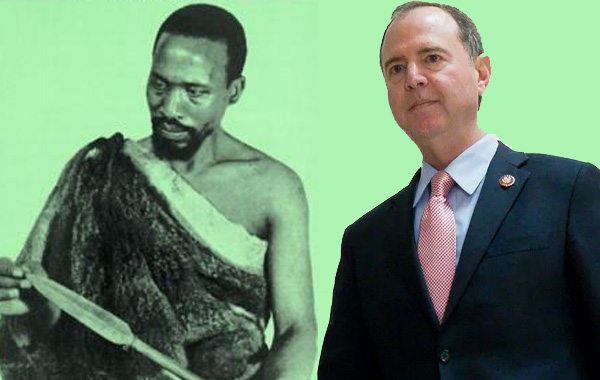 Moments of human greatness often come in speeches. They lose a little each time they’re replayed or recounted from one person to another or translated through languages, because each language has a unique tonality, syntax and onomatopoeia – an unique style for their own unique talk.

Kenya’s first president and revolutionary leader, Jomo Kenyatta, made speech after speech a thousand times before he set a farm on fire or pushed a truck over to block a road. He used his speeches to recruit warriors to the revolution, in his own language, Kikuyu, which I don’t understand.

But as his power grew he had to use a more encompassing language, one that brought in the other tribes who were as oppressed as his own. So when he left Nanyuki for Nairobi or Isiolo or Voi he used Swahili. And the phrase he used more than ever starts this blog.

While I’m sure some of juice was squeezed out when it moved from his mind from Kikuyu into Swahili, to me in Swahili it sounds of greatness.

And today heard properly in Swahili it is so much more powerful than in the dozens of other languages – including English – that the phrase has been translated into as part of Kenyatta’s memoir, Facing Mt. Kenya.

One English translation is:

“They taught us to pray with our eyes closed. When we opened them they had the land and we had the Bible.”

That’s pretty powerful, even in English. It also seems today somewhat simplistic because we think it must have been so obvious, then.

But it wasn’t. The English mentality was that they were civilizing Africa, that Africans weren’t capable of titled land since compared to their English tillers they were so unproductive.

It wasn’t just the English who bought into this hyperbole. Africans did as well, but when Kenyatta turned a phrase that powerfully released the truth of the situation, all hell broke lose.

What Kenyatta conveyed in that powerful piece of speech was that “productivity” and “civility” was the Bible. Well, we know today how dull that side of the two-edged sword is, just as the “primitive” African who never subverted his soul to a single ideology did back then.

Most Africans like most of the people of the world, today, I think, recognize that singular religions based on single documents like the Bible or the Koran fall short of basic moralities.

In fact, they become dangerous.

#RightMatters and not even our single document, the Constitution of the United States, means anything, carries any weight or exudes any influence, if truth is not discernible or worse, if known but rejected. If right doesn’t matter.

In fact, if our Constitution were not floated on the basic truths of the day, it becomes dangerous. If truth is subverted in the name of the Constitution, then as Rep. Adam Schiff warned, we’re in a suicide pact.

He did it by mastering truth with language. Silly as it sounds, today that means expressing it in Twitter Terms.

Last night when I thought I left the television room right after his closing and almost immediately logged onto Twitter to tell Rep. Schiff that he made me proud to be an American, I was the 7,567th person to enter the famed hall of #RightMatters that was actually created after the heroic testimony of American, Alexander Vindman.

When I last checked it there were now more than a million tweets using #RightMatters, growing second by second.

When the pure and passionate soul finds the language to so powerfully convey truth, the whole world lights up.