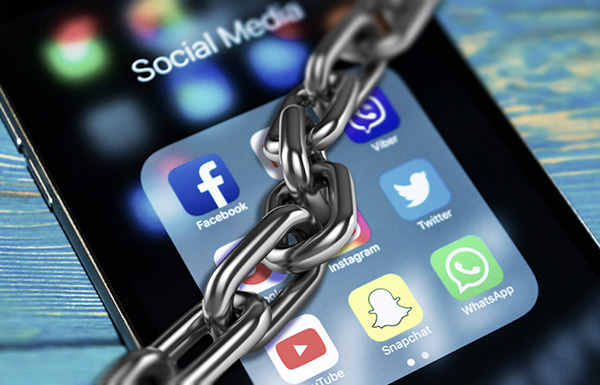 You’re probably reading this on Facebook. Well if so, buckle up. Time’s are a changin’.

I can tell from the stirrings on the African continent, grossed up by European sentiment first started in Ireland, that serious social media regulation is on the way.

Africa used to listen mostly to the U.S. Then, Africa also started to listen to China. Then, the U.S. went AWOL, China grew depressed and nervous, so Africa today is listening mostly to Europe. Meanwhile, European and Chinese policies for regulating social media have begun to sync like never before. A very weird but real harmonic.

Last week Kofi Annan, the former Secretary General of the UN, released a report scolding African governments for not policing well enough their elections from false social media and other digital threats.

There’s no man in Africa as respected as Secretary Annan. His foundation has been working double-time on developing strategies to protect the public from fake news.

So spurred on by Annan’s foundation and heeding the public consensuses developing in both Europe and Asia, the most democratic of African nations have begun to seriously consider strict regulations of social media.

“We need a deeper change in the norms and values governing our public sphere,” writes South African Imraan Buccus of the University of KwaZulu-Natal. “The media needs to stop treating Twitter as if it were the public sphere, rather than a space in which a vociferous minority participates.”

Kenya’s popularly dubbed “moral cop,” the head of its film board who is regularly consulted on social trends, called this week for Kenya’s parliament to begin regulating social media.

Ezekiel Mutua is an arch evangelist who doesn’t like nudity in films, for example, much less displayed across social media. Whereas Buccus’ criticisms are of the political latitude given those who master mass social media campaigns, which he believes heads us towards fascism.

There couldn’t be two more different people, politically or socially. But they converge on their belief that social media is out of control and easily commanded by adept high-tech warriors who are capable of turning lies into truth.

Africa’s largest populated country with its largest economy, Nigeria, has gone the furthest so far. The “Anti Social Media Bill” which was narrowly defeated when first introduced in Nigeria’s parliament has just been reintroduced into the National Assembly.

In fact, a second bill with much more teeth, the “Anti-Hate Speech Bill,” is being introduced simultaneously in an effort by some Senators to hone the law to the central problem.

“Hate speech … has become a big issue across the world,” the president of Nigeria’s Senate told reporters yesterday, “but… we have to look at it in a way and manner that the rights of citizens are not tampered with.”

But he then added, “We cannot close our eyes to undesirable consequences brought about by hate speech.”

Americans in particular have always fought for the widest allowances of speech. Except for the oft-quipped that we can’t yell “Fire” in a closed place when there isn’t any, practically anything goes.

And it’s been this way – relatively – throughout modern republican history.

Has the threshold been broken?

We don’t seem too emboldened to action by the foul words, phrases and cruelty of our president’s remarks about women or disabled or immigrants. In fact we give him a pass because they are so outlandish that we know they aren’t true. It’s filed away as American sarcasm or hyperbole.

But when truth is challenged as it has been so blatantly recently, I’m more persuaded that unregulated speech is suicidal. No one wants a “Truth Commission.” But when the truth is patently upended by a lie that impacts society greatly, something must be done to stop that lying.

(1) This is simply academic. We have no way of choosing between good and bad without knowing the truth about what we’re considering.

(2) This is more meaningful. Society is so interconnected, today, that a lie doesn’t just effect a small group of us. It can truly destroy society completely. Climate change is a hoax. The Mideast is more peaceful. Vaccinations are wicked. North Korea is pacified. And, maybe even if I’m stretching it a little, there was no quid pro quo.