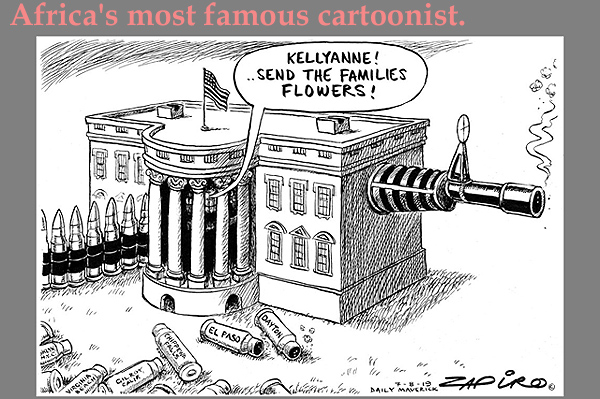 The whole world is watching. It wasn’t 35 years ago when Kenya’s President decided he would visit a part of the country that told him not to come. Suddenly, I was a part of that.

I was guiding the Bronx Zoo down one of my favorite routes through western Kenya, a spectacularly beautiful drive from the lush tea estates of Kericho into the northwest Mara.

Not many people took that route. It was a longer way to get into the Mara, although in those days the roads weren’t so bad. That was because at the time it was the main route from Nairobi to Kenya’s most important western city, Kisumu.

I had no inkling that the President of Kenya would be on the same road as us! Nobody did. It was being kept a secret, more or less as secrets in Africa are rarely kept even today. But it was kept away from the media, and my staff in Nairobi had no way of getting a hold of me back in those days.

So our six minibuses and 35 intrepid travelers sailed through outstanding countryside on our way to the grand finale of the safari, the unmatched Maasai Mara. It was a cloudy day in August. We’d had a fabulous safari so far, seeing tons of animals in Amboseli and Tsavo, driving into the highland jungles of the Aberdare and through the deserts of the Great Northern Frontier.

Safaris in those days were much longer. I rarely guided a trip less than three weeks.

Everyone was anxious to see animals, again. We’d had three or four days of cultural touring, private tours of grand tea estates, horse farms and so much… that wasn’t a lion. So I conceded taking a slightly shorter route that wasn’t quite as scenic but just a little bit faster.

It was a T-junction in the middle of a vast grassland veld. The dry season was well underway, so the grass was yellowish and short and you could see forever. I knew that within an hour or so the grassland would start to show giraffe necks and elephant bosoms and funnels of vulture. I was excited myself.

Then, suddenly I stopped our convoy to gaze the opposite way down the long straight road at the junction. Dust. Too much dust for an errant animal or unusual single vehicle. I lifted my binoculars and saw a line of cars – not safari cars like ours, but regular sedan cars.

Soon dozens of binoculars from my clients all following my leading were slowly but surely discerning a large and impressive convoy of mostly new cars and … limousines.

Just a few minutes later I could see the Kenyan flags waving on little poles sticking up from the headlights of the front limo.

This was not good. I realized I’d better get my drivers’ perspective and quickly, but they’d already climbed to the top of the cars and borrowed clients’ binocs.

My chief guy, James, older and always calm looked at me with his omniscient wry smile and said, “President Jomo Kenyatta.”

The guys had been on the radios and were talking to all sorts of other cars and radios in the area, and the secret had popped. Kenyatta was on his way to Kisumu, the most violently opposed city in his realm. Kenyatta’s first vice president was from Kisumu, until Kenyatta jailed him.

Throughout the colonial era the historic animus that had existed between the tribes was stoked and nurtured by the British, so that at independence they were literally at each others’ throats.

The tribal animus runs deeply even today. The horrible violence a little bit more than a decade ago was the result of a contested and ridiculously close election between … believe it or not, the son of the man who had been Kenyatta’s vice president and was then jailed, and the son of President Jomo Kenyatta!

My inclination was to run in the opposite direction, back down our junction road, but unfortunately all my clients were getting so excited that they were about to witness .. History?

So we respectfully backed up ten meters or so from the procession and let it methodically pass us. The President’s limo picked up steam as it got near us, racing by and throwing up dust. But remarkably, the rest of the procession was delighted with us. Its passengers smiled and waved their flags as they passed us!

My clients’ waved back. There was such unfortunate jubilation.

Half way through the procession a car stopped, breaking the line as the cars ahead continued.

The occupant dressed in a gorgeous business suit with a giant carnation came over to James and said something in Swahili.

James translated, “They want you to join the procession.”

Fortunately, James spoke softly enough that my clients couldn’t hear him. I was just getting fluent in Swahili as well. My spine wouldn’t stop tingling.

I answered directly to the man inviting us who was standing smiling outside James’ window.

In intentionally bungled Swahili I thanked him immensely but explained that we were headed to the Mara.

“This road goes to the Mara!” he beamed, throwing his arm in the direction of wild animals.

And so it does and did and so we entered the procession for about the tensest hour of my life. Just before the turnoff onto the game park track there were a number of small villages, with lots of less than enthusiastic school children mechanically waving Kenyan flags.

Getting out of the procession onto the game park track was one of the most memorable moments of relief in my life. Later that day the obvious would happen. The city of Kisumu went up in flames. The President ended prematurely his speeches and visits. It was a horribly stupid idea and all of Kenya knew it.

So today? Is it a horribly stupid idea for the chief of one tribe to enter the homelands of those he’s tortured and oppressed?