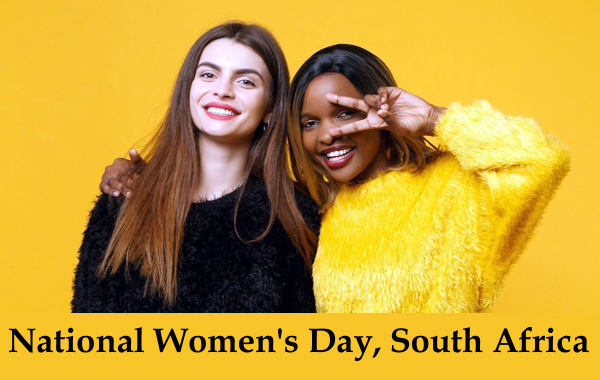 Women – not other genders, races or ideologues – will determine the world’s upcoming contentious elections. Women is the only voting demographic universally conceded as being oppressed. Oppressors in power argue that’s the way it should be. So there’s no rationalization in between; arguments won’t sequester into “Fake News.”

63 years ago today, in the cold war days of 1956, 20,000 women marched on government buildings shouting, “Enough is enough!” Not in Washington. It happened in Pretoria, South Africa.

So today is National Women’s Day in South Africa. All across the country the weekend is devoted to women’s rights with no misconceptions that the struggle is over:

The registrar of Rhodes University, Dr Adéle Moodly, told a gathering yesterday, “”The perception is that enough has been done to create spaces for women to navigate a trajectory towards leadership… As much as we live in a democracy …the experiences of the girl-child and women in various spaces of our society are still oppressive.”

Africa has long outpaced the U.S. in womens’ rights. Just count the number of female government presidents and leaders, business executives or mandated equal pay for women. Multiple African constitutions require that a minimum percentage of women are elected to major political positions, resulting in many men who earned more votes being denied victory.

All of this has promoted modern women to a certain stature that doesn’t yet exist in America. In part this is because African countries are newer. Their modern societies didn’t emerge with all the baggage of the West’s conceptions of gender roles.

Some places in the West are trying hard to bridge this gap. Scandinavian countries in particular are legislating non-transferable paid paternal leave – also known as a “father’s quota.”

Where the gap is starkest is in America. Womanizing, misogyny and sometimes even outright abuse is often celebrated with a wink and nod, an egocentric superior attitude that in American society overrides law, a clever but wholly successful oppression.

Only when women stop accepting their oppression will political change happen in America, as it did in South Africa. There is no wink and nod, anymore, regarding Jim Crow laws or lynchings. There’s no wink and nod about background checks not ultimately leading to an assault weapons ban, or paying a partisan to collect absentee ballots then throw them in the trash.

But it stands in America that a slap on the butt, or abusing the ladies of the night, or way less than equal pay is still condoned with a wink and nod that presages the subsequent false denial. We’ve gone beyond rationalization. We’re at the last hurdle: the false denial.

Until women individually and independently renounce their oppression, there will be no significant change. The woman evangelist, the suburban soccer Mom, the vice-president forever executive, the underpaid teachers and nurses – their injustices are manifold. Only they – like so many African women have done – can break the dirty glass ceiling of America.