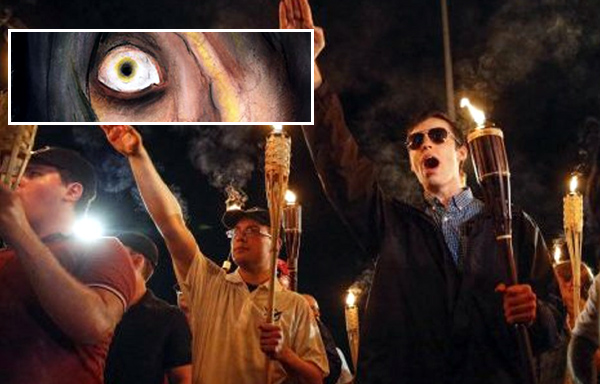 I was in Nairobi walking the streets with three hundred dollars of cold cash squished deeply into my cargo pants pocket. It was 1994. I knew Nairobi well but the street I was now walking, not so well.

Riverside Drive was then the esophagus into the underbelly of this city. Yes there were huge slums surrounding the city, but Riverside Drive preyed on that poverty and it wasn’t on the outskirts. It was smack dab in the middle. Riverside Drive wasn’t so much a slum as a mafia promenade. Badly lit, never cleaned up and always putrid, this was where you bought an AK47 for $8.50.

I wasn’t in the market for guns. I’d been given an address where I was to handover the cash to someone hiding from the law.

I’d never seen him before. A client at home had called me during a busy workday and begged me to be his bagman. He pleaded with me that this fellow was desperate to get out, had no papers and was some stellar individual with a horrible story. To this day I’ll hide his identity. We’ll call him Sam.

Sam was waiting for me on the corner opposite the address and came hurrying over before I grew too confused. He was much taller than me and jet black and he grabbed my arm and twisted me around as if to hide me from others.

I followed his lead and walked with some relief. I’d spent the last ten minutes or so trying to maintain a slightly miffed demeanor walking down a street where with each step I’d felt another dozen eyes hover over me like vultures assessing their options.

“We won’t be able to stay here,” Sam said in good but heavily accented English. In my first phone call to him I’d suggested one of my favorite coffee shops on Koinage Street. That was in a comfortable, pleasant and busy part of town. It worried him that he would move out of the darkness, so now I got worried that we were.

I had no fear of Sam. My client had explained that he was a professional who had spent time with my client’s family in the States. They had met on an airplane that was returning my client from a safari that I had guided. At the time Sam was enrolled as a graduate student in a Midwest university.

Sam and my client became close friends. My client’s family hosted Sam during American holidays. When Sam graduated he was required to return to his country for some national service which was only going to interrupt his planned immigration to Canada by a few years.

The country was Rwanda. Sam was a Tutsi.

Sam apparently had learned the city as well as I. He had been hiding for nearly a month, he explained to me as we walked, coming out only at night when he would seem less unusual. That gave me pause at first. Why would he seem unusual? Then I realized that Africans distinguish foreigners with as much presumption as today in America we denigrate immigrants. Sam was tall with a narrow, starkly boney face. He was a Tutsi, not a Kikuyu or Luo or any other Kenyan tribe.

He walked unnaturally fast and I had trouble keeping up with him. It made him apologize and then mutter to himself that we should walk more naturally. Then as we headed into the more glamorous upscale part of the city, where bankers and journalists and businessmen were walking the streets as they do any city, Sam grew noticeably nervous.

He wasn’t holding my arm anymore, so I grabbed his and told him to loosen up. We were almost there. No one was paying any attention to him.

He chose a table in the far corner of the busy coffee shop. He sat down in the shadows and dropped his head. I asked him what I could order him and he seemed worried that I would leave him, but I explained it would be better I went to the counter than waited for a server. He agreed.

“Kenya coffee is better than ours,” he said softly.

I wanted a latte and they took forever to make, so instead I just ordered two regular coffees and returned quickly to the booth. It was normal business day. There were several dozen people conversing loudly, twirling tinkling spoons in porcelain cups, the wonderful aroma of coffee and pastries wafting into our corner.

He barely sipped his coffee.

No, I said, I’m not giving you the money until you tell me your story.

Sam’s story is part of one of my books. To be ridiculously brief, all his relatives as well as his fiancee were slaughtered in the Rwandan massacre. He walked for two weeks at night to escape, finally crossing the Tanzanian border. He went immediately to authorities who immediately processed him as a refugee and gave him identity papers, and one month’s living expenses and bus fares to a distant refugee camp.

Where if he went he would end in oblivion. So he called my client who called me. Sam was now on the run. It had been more than a month. If Kenyan police caught him, now, he would be jailed.

It took several hours to tell the story, not because it was a long story but because it was difficult for Sam to recall. There were many pauses as he choked up. But the story was continuing. Sam was living – hiding really – with 28 others exactly like him. Twenty-nine souls desperate to escape victimized fate.

Twenty-nine souls died this weekend, random victims of an evil American culture. Do numbers mean anything? What do we do about it? I used to march, just like Beto O’Rourke suggested we do today, taking the lead of the Parklands kids and the Hong Kong and Puerto Rican activists. I once did that. Big time. Now I’m older filled with memories and African superstitions. Sam’s life is good today. He says that most of the 28 others didn’t make it.

None of them in Dayton or El Paso made it. Only one from Riverside Drive made it. None of the 58 did anything wrong. They were victims, random, but from a group of people classified by how they looked, what tribe they belonged to. Republicans say that an embryo feels pain. I expect soon they will claim an embryo chooses its race then starts planning to invade White America.