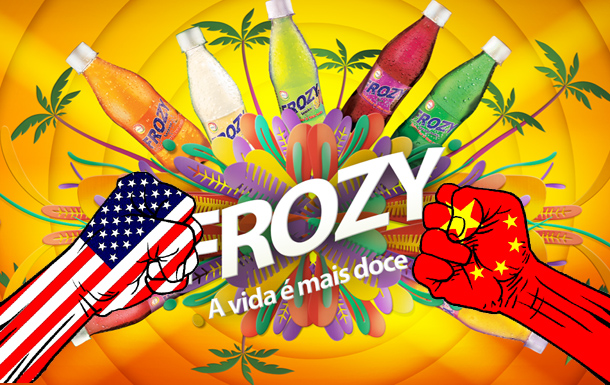 Yes, it’s terrifying Russia’s disruption of elections. But they’ve got a bigger fish in the pond: they’re destroying the world capitalistic order. The global recession is slowly, methodically seeping over the planet like a spilled jar of syrup. By the first of the year every privileged westerner will feel it.

Trade wars started by America will be understood by everyone to be the cause. But the viscous nature of a global recession isn’t easily reversed, particularly when Russian-supported governments are precisely the ones supposedly responsible for getting us out of the goop.

In Africa as I presume everywhere, the squabbles and bureaucracy strangling intra-African trade is linked directly to America’s initial actions… You don’t reap what you don’t sow.

All of this – every single transaction – can be traced back to the Trump administration’s tariffs. Perhaps he didn’t mean to, but he destroyed trade agreements like AGOA. South Africa’s steel industry was destroyed by American tariffs, none which were designed with anything African in mind.

Africa is a drop in the bucket of world trade. Maybe America had no intention of hurting Africa, but as I presume many places in the world, the hurt is real, comes earlier and deeper than when it finally crashes onto the Tesla owner. Everything is interconnected. Punch a bully, he loses his balance and steps backwards squishing the mouse.

This is right out of the Russian game plan. With time the very essence of capitalism is smothered.

There’s an even more unintentional African specific hurt. China was Africa’s biggest customer for the last 15 years. China was the main target of American trade sanctions so began its own internal defense which ultimately means less commerce with Africa.

You know what? I can’t wait to see the Tesla owner and three-home owner and yacht master start to squiggle. You know why? Because they have more to lose, and they’re going to lose a lot. They think they can stop this, with Senate blocked bills and redacted reports and Fox News fantasy. But they can’t. Russia knows they can’t.

Whatever you think about Russia or Trump or the Republicans, I’m changing my attitude on one thing. I no longer think they’re dumb. They know what they’re doing. Their mistake was they thought they could control it. Soon they’ll realize they can’t.