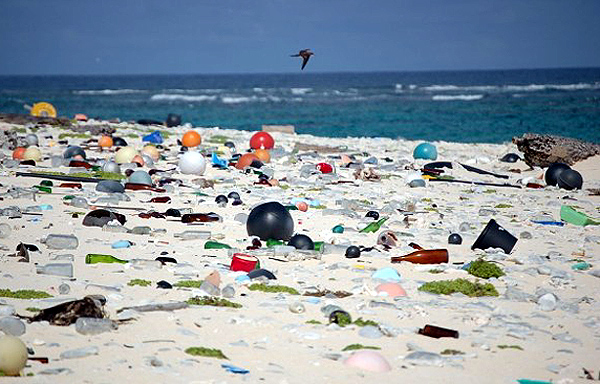 Westerners decry plastic islands floating in the oceans and embrace with horror the fact that the weight of disposed plastics on earth will be greater than the weight of all its fish by 2050.

But for many Africans the arguments are already over. They’ve started banning them.

Last month Tanzania became the 34th African country to ban plastic bags. Many of the countries like Kenya and Rwanda are going much further with plans to ban bottles and cutlery. Why is the west so far behind?

The simple answer is because the piles of discarded plastics were eyesores. African countries don’t have the resources for efficient trash collection and disposal. Two years ago when driving into Nairobi from the airport I was aghast at the lanes of the highway literally piled high with plastic bottles and bags. That’s gone, today.

Banning plastics was no small thing for Africa. Less privileged people depend upon plastic bags, bottles and jerry cans as much as westerners depend upon their tap disposing water.

There were huge protests in many countries before the bans took effect; politicians lost elections on the issue. The very important local plastics manufacturing industry nearly shut down Kenya on the issue.

So ironically as with climate change (for analogous reasons) Africa is now doing more than the West.

South Africa in particular has teamed up with Japan to address head-on the controversy over supposedly biodegradable plastics.

South Africa is in the minority of African countries that has not yet banned plastics. Much more advanced than most of sub-Saharan Africa, the country’s ‘plastic problem’ like with the West is considered more of one of better disposal than potential prohibition.

But South Africa is much more progressive than the West, today, and embraces a Green Economy as a moral imperative while suffering some of the same unsightly residues and public health hazards more germane to many of its neighbors.

It was a perfect partner for Japanese initiatives.

The vast majority of plastic marketed as biodegradable isn’t, or takes so long to decompose that it’s essentially fraudulent.

Japan’s interest is critical to its near-term future. The country depends upon the sea more than most. Already plastics are disrupting its fishing industry. A little read Bloomberg article last year titled, “You probably had plastic for breakfast,” received widespread attention in Japan and led to government legislation.

Part of that intends to eliminate the fraud of so-called biodegradables and really work towards creating products with the benefits of plastics that would degrade normally.

Japan knows that even if it succeeds, if the other side of the ocean can’t embrace the new manufacturing technology in a sustainable way its success won’t matter.

The $2 million seed money is for several South African startups working in multiple ways: some in very complex chemical formulations of alternative materials and others to find existing materials to replace plastic.

This is a good news story. As usual America is not being helpful. Japan pushed a special initiative at last month’s G20 meeting to deal with the plastics problem. America so watered down the proposal that in the end the Washington plastics lobby praised the nonbinding, “voluntary” G20 statement.

Go Africa. We need you.