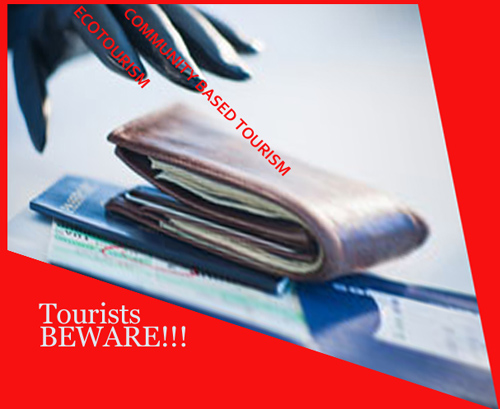 Yesterday was World Responsible Tourism Day, until yesterday in my view one of the greatest tourist scams in my lifetime. But finally yesterday, Cape Town authorities saved the concept from the dustbin. Nevertheless, tourists beware!

WTD began nearly 20 years ago with a mania by tourist companies to be labeled “ecotourism” companies. This was the buzz word. The concept was simple and appealing especially to those of us working in Africa and other wildernesses of the world: tourist service providers promised in no way to compromise the environment, and in better cases, to actually contribute to renewing it.

But with time and increased use of the world’s wildernesses, too many visitors disrupted cheetah hunts, too much trash significantly altered species survival, too many boots unhinged Inca ruins.

From the start it was nothing mroe than a self-serving goal and nowhere as evidently as in Africa. What was particularly offensive about the concept from the getgo was that we had no choice. If we wanted the industry to thrive, we had to preserve its attractions.

The purpose of “ecotourism” was to fool the consumer into thinking it was a strategy of choice not necessity. And it favored the little guys, and that was always a warm and cozy feeling. It was a lot easier for a single standing property to change its sewer system into something greener, than a large chain of established companies. And true to form, the smaller company would then tout its accomplishment mostly by pointing out the deficiencies in its competitors.

But there was no way for the consumer to undertake due diligence. Several organizations tried to become certification organizations, but it never materialized and was evident from the beginning that they were just self-serving organizations looking for a cause.

A number of reputable media companies – mostly international magazines – gave awards, but despite some highly credentialed judges nominees were either received from biased consumers or from the companies themselves.

There has never been and never will be a good way to check the veracity of what an “ecotourism” company claims it is.

Moreover, the cleaver that supposedly severs ecotourism companies from nonconformers just isn’t as neat as you might think. Just as smaller companies can reform their sewer systems faster, larger companies can produce more revenue and jobs faster: theoretically what successful ecotourism is supposed to achieve. This conundrum forces ideas into very specific and opposing sides; there isn’t a good compromise. If you’re for cleaner sewer systems, you’re against more jobs; if you’re for more jobs, you’re against cleaner sewer systems.

Greenies will argue otherwise, and their arguments may be cogent in a longer time view. But business is not wont to project too far into the future; in Africa we work on three-year rates of return. These arguments will be valid only when governments take specific action, essentially regulating and leveling the playing field. That hasn’t happened. There is no Tourism Protection Authority.

Recently the Peruvian government significantly increased tourist fees to its attractions like Machu-Picchu. The stated motive was to reduce tourism numbers to protect the sites of antiquity. But it’s not at all clear this is the true motive. Tourist numbers have been plummeting, train tracks have been covered in avalanches, and it could be that the world economy and global warming is the real advocate here.

And so, alas, ecotourism was on the wane well before the world recession. As early as 2004, hardly a decade after it became fashionable, science was documenting that much ecotourism was simple foolery, and in some cases outright counterproductive. Statistics began to show that ecotourism no longer had a marketing advantage. And that was good.

So by 2010 in a Yale University publication professor Geoffrey Wall simply and neatly explained that ecotourism was too hard to analyze, to soft to measure and basically that the concept was too deficient to be either realistic or useful.

I believe it was as ecotourism was losing stature that the next lofty concept was concocted: Community Based Tourism (CBT). The idea was that local communities that either legally owned or by proximity controlled areas of wilderness tourism should be manifestly involved, and that in their subsequent profit, they would become the best natural trustees of the environmental assets they controlled.

There is something terribly dishonest about this since behind the concept is the manifest need to vacate the ownership or legitimate control of any resource if the owners don’t act environmentally responsible. I think this is an interesting idea and well worth debate. But it was not presented as such, nor debated. It was a single-sided coin that always fell heads-up.

CBT in its best form was intended to convince owners to use their resource in a greener way. Thus Maasai herders would be influenced to build a lodge rather than a wheat farm. The great flaw in this best form was that tourism was never able to achieve the asset wealth that its alternative could. There are a couple exceptions, but in the vast vast majority, this was the case.

Ecotourism and CBT are empty, self-applying, self-rewarding concepts. In the real world, they can’t be evaluated, so they effectively can’t exist except in the minds of the scammers.

This doesn’t mean that to be green in anything – tourism included – isn’t noble and right. Or that to increasingly involve the locally community in projects that take place in their community isn’t a great idea for all parties involved.

What it means is that generally good ideas were hijacked and misshapen into supposed attributes that made one company theoretically better than another. And it worked at first. But with time, common sense prevailed.

There is one concept I feel is worthwhile that has emerged from this mess. “Fair Trading” is an United Nations concept that insists that a higher proportion of the revenues generated by a tourism service are retained by the local community and owners, as opposed to alien middlemen and distributors. This is refinement of CBT, a real metric applied to it.

Unfortunately, it has gained neither the traction nor recognition that ecotourism or CBT did in the beginning. That’s probably because it sounds too much like them.

But it’s definitely something you tourists should consider and ask about.

And that was the one good thing about “World Responsible Tourism Day.” It used the right words. And the Cape Town authorities were asked to usher it onto the world stage in London yesterday, where thank god at last, “ecotourism” and “community based tourism” were replaced by the simple, more general, more honest, good-feeling term, “Responsible.” Right on, Cape Town.