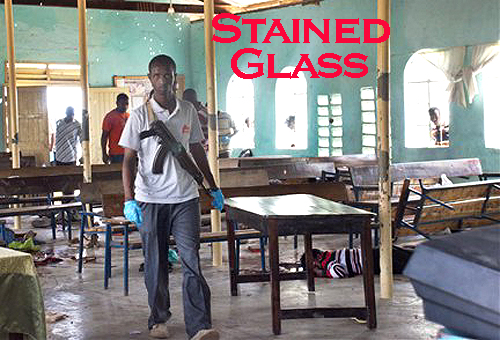 The biggest terrorist attack yet in Kenya against two frontier churches Sunday is the straw that breaks the tourist’s back.

At least 17 congregants were killed and more than 60 injured by two carefully orchestrated, simultaneous grenade and gunmen attacks Sunday on Christian churches in Garissa during morning services. Garissa is a large and fairly developed town about 150 miles inland from the Indian Ocean coast half-way between Malindi and Lamu.

The coordination of the two attacks by uniformed masked al-Shabaab fighters seriously increases the instability of the region and demonstrates a level of terrorism not experienced in Kenya before.

While al-Shabaab has not yet taken responsibility, it is a signature terrorist attack, capable only by organized fanatics. Shabaab is increasingly fractured in Somalia as Kenyan and OAU forces sweep through the country creating a stability there that hasn’t been seen for decades.

There are reports Kenya is ready to take the Shabaab capital of Kismayo shortly. This long awaited military victory would effectively end al-Shabaab control of almost all of Somalia.

But I guess one inevitable result is that those most fanatic of the fanatics will truly seek martyrdom as their own earthly kingdom crashes before them.

So while the news is good for even the mid-term in Kenya, as for Somalia, it’s terrible for tourism. The fact remains that Kenya has achieved good security outside the coast and the area which borders Somalia in the northeast. There have been attacks in Nairobi and elsewhere, but for more than a year they have been small, mostly bungled and of little more note than near random terrorist attacks happening throughout most of the world.

Nothing outside the Kenyan coast, for example, has begun to achieve the spectacle or precision of the Shabaab terrorist attack in neighboring Uganda.

Religious terrorist attacks, whether by the IRA in a London subway or al-Shabaab in a Kenyan church, cannot happen without local involvement. Somewhere close to the attack the devices must be assembled. The cars must be fueled or the subway tickets must be purchased. The eyes of a wary public always discover the suspicious.

The question is always whether the public eyes will unmask the perpetrators, call the police, or let them pass.

The Kenyan coast is Muslim. To be sure, Kenyan Muslim leaders condemn the attacks without exception. So this is totally different from Yemen or Afghanistan or even Pakistan where religious leaders are not uniform in their condemnation of the terrorists.

But this gives brother Muslims an edge; they look, act and speak similarly. And of course in a large population there will always be sympathizers, likely relatives. And the horribly stressful Dadaab refugee camp now approaching a half million users inside the Kenyan border becomes its own terrorist base. One of the ironic but inevitable outcomes of helping those dispossessed is that it also helps those who chased them away.

But a vacation, as wonderfully educational and enlightening as the better ones should be, should never be so worrisome about security that all the good parts are diluted. Kenya (of the coast) is Kenya (of the highlands) is Kenya (of Nairobi). The level of terrorism evidenced by the Garissa attacks Sunday is empirical escalation.

I’m afraid Kenya is just not the place to go, now.