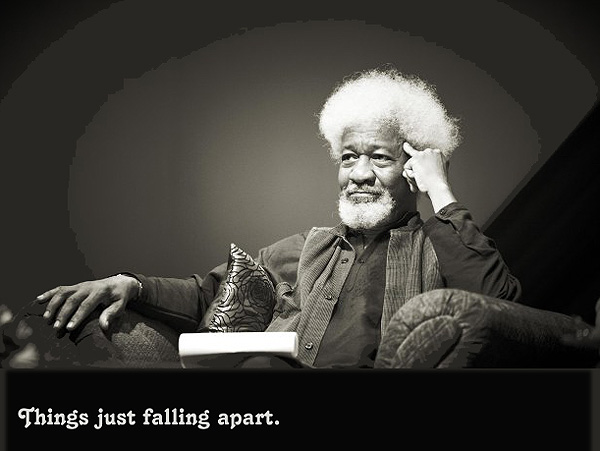 Sometimes, you can’t take you with you.

In my estimation there has been more great African literature in the last 25 years than American literature, and believe me there’s a lot more written in America than in the entire continent of Africa.

Americans love to read. The Kindle and Nook were born here. The subway read emerged here. But in the last generation Americans have turned away from literary fiction to “how to” books, religious books, political propaganda, graphic novels and kids’ reads. A distant second is brought up by history and analytical texts, and a very, very distant third is literary fiction. Americans love to read. But they prefer to watch TV or Broadway musicals.

I know, because I write literary fiction.

Africa is replete with stories for every situation. Many African languages, technically including Swahili, have no word for ‘Yes’ or ‘No.’ In today’s modern world they’ve emerged, just as “OK” now exists in practically every language on earth. But even as recently as when I first lived and worked in Africa, the languages spoken around me had no words for ‘Yes’ or ‘No.’

You can imagine how that generates story telling. Achebe’s first and probably still most famous novel, Things Fall Apart, is a composition of stories within stories. Night falls and children gather around mothers and other story tellers to listen.

The genius in Achebe and African story telling in general lies in several simple ideas: (1) Less is better; (2) The tree makes a sound in the forest when it falls even if no one is there to see it; and (3) The individual has no definition except as part of a community. This is all Hemingwayesque and it’s a crying shame Americans seem to have abandoned these ideas.

Soyinka came to America in 1986 and stayed, while Achebe moved restlessly between London, Nigeria and New York all his life. Soyinka is of the well established and always powerful Yoruba tribe. Achebe was an Igbo, the tribe that suffered near genocide in the Biafran civil war. Needless to say the two men were never seen together. In fact there’s evidence of real animus over who was due, and who was awarded, the Nobel.

Achebe knew how to deliver real world tales in beautiful little stories. Garrison Keillor more or less validated his own art form with Achebe’s. But as the story teller he was a conflicted and anxious man, and one who never became as rich and famous as Soyinka.

In contrast, Wole Soyinka is a playwright, downright contemporary for commercial America. He made it big, first in London and then New York. He was as close to a celebrity that an African author could become in the Big Apple.

As different as they were, Achebe and Soyinka were obsessed with the west and America in particular. With Achebe it was love-hate. With Soyinka it was almost all love. They both worked that bond as waalimu and I hope we’ve paid careful attention. I think we have. Getting back to reality is the task they can help us with.

Achebe is gone, and Soyinka is an old man, now, a mzee. I don’t really think it matters to us or to Nigerians or Africans where he goes to live. Parsing an old man’s mind is as meaningless as Okonkwo’s last harvest in Mbanta. They came to reteach us things we had already known but forgotten, but Soyinka needn’t think now that he has to teach us that we shouldn’t like Trump.

Safe journey, mzee. Try as you may you’ve been here too long to ever really leave.