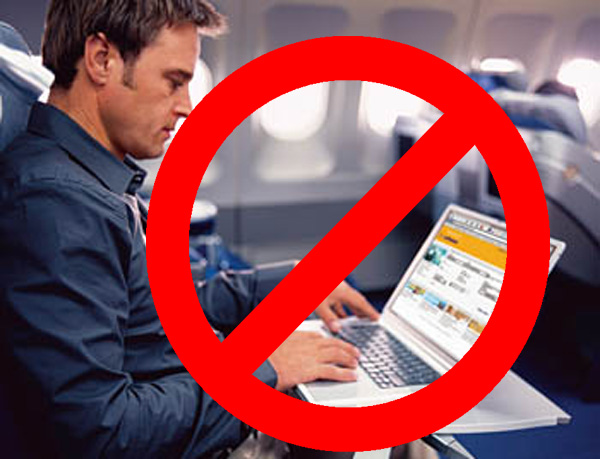 The first bricks of the wall – not just facing Mexico but around all of America – were laid today and neither the courts nor Congress can stop it.

At 3 a.m. this morning Homeland Security banned personal electronics from the airline cabins of 9 Muslim airlines. Last weekend a conference in California for African investment petered out because every African who applied to attend was denied a visa.

Trump is the front man. The engine behind him is slipping into gear with the certainty and finesse of a Benz.

Nine of the world’s major airlines – notably from Muslim countries – have 96 hours from 3 a.m. this morning to ensure that no laptops, cameras, tablets, e-readers and a host of other electronic devices are allowed into the cabins of their aircraft … or face an immediate loss of their right to fly into the U.S.

A single mobile phone under a certain size will be the only electronic item that a passenger will be allowed to bring into the cabin of the Emirates, Qatar, Turkish, Royal Jordanian, EgyptAir, Saudi Arabian, Kuwait, Royal Air Maroc, and Etihad airlines.

This represents 50 nonstop flights daily into major U.S. cities. The first three of the airlines listed above carry nearly a third of all the American passengers traveling to Africa and Asia, and nearly two-thirds of those flying into the Middle East.

There was no explanation for why American flag carriers are not included in this surprise order, and industry officials say it is likely that the home countries of these airlines will reciprocate by imposing a similar ban on the American airlines in order to protect their flag carriers’ market share.

Nor was there an explanation as to why these devices can be secured in checked luggage. Checked luggage is not as carefully screened as hand luggage. Passengers flying these airlines may now face additional customs scrutiny of their luggage on arrival into the U.S.

This order does not suddenly ban Muslims or Americans working with Muslims from traveling into the U.S. and Arabia like an immigration order does. But it greatly inhibits businessmen, diplomats, NGOs, students and yes even travelers from using these airlines.

My wife arrived into O’Hare yesterday afternoon from Dubai on Emirates. I have clients returning home tomorrow on Emirates from Africa. The flights into America are 13-15 hours long. Denied the ability to work and personal entertainment for an entire day effectively eliminates this as a choice of travel.

African countries are going to be particularly hurt as these airlines carry an enormous number of passengers between North America and East and southern Africa. Business investment will decline. Tourism has already begun to decline.

The African Global Economic & Development Summit (AGED), has been organized annually since 2013 by the University of California. Like many such meetings in Silicon Valley it links potential investors with entrepreneurs – in this case, from Africa.

Not this year. Every single African who applied for a visa for the conference was denied.

This extends a growing list of normally benign groups and individuals who are being denied visas, including musicians and other performers, members of sports teams and even award-winning globally recognized speakers… All, it seems, because they reside in Muslim countries or countries, like South Africa, where U.S. officials presume for some reason that Islam is afforded special protections.

It isn’t clear yet how scientific these determinations being made by U.S. officials are, or if lowly officials are simply covering their ass for fear of letting a Muslim slip in. Regardless, the wall grows, brick by brick, day by day.