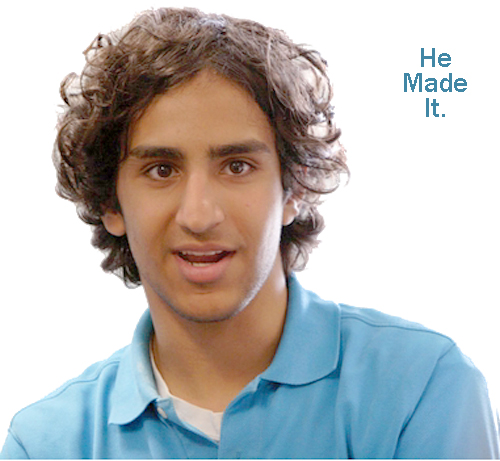 It’s hard to imagine the personal stories of the Somalis fleeing their homeland. And contrary to popular opinion, they aren’t just peasants. Many are professionals desperate for nothing more than just an ordinary life.

We all know by now of the 1500-2000 people who daily are arriving the refugee city of Dadaab, Kenya, fleeing death and destruction in next door Somalia, an unprecedented human exodus from a land wrought by drought and war.

But the media leave us with the impression that everyone running away from Somali is a destitute subsistence farmer or shepherd. I imagine most are. But there are also thousands and thousands who are accountants and lawyers, businessmen, teachers and computer techies, skilled individuals of countless professions.

The peasant farmer deserves no less help than the accountant. But the accountant is more skilled, has more savvy. Knows that there are better places to be than Dadaab.

With a bit of saved money, and usually nothing more than a cell phone with a new SIM card (that costs about 50¢) each time he enters a new country, the educated person can pursue a journey to a better place.

I know this. Because I was personally involved in helping a single professional refugee fleeing the 1994 Rwanda genocide. At the time I first thought he was remarkably unique. But in assisting him I learned there were nearly a thousand others like him hiding in Nairobi, waiting for the kind of help I was able to give to only him.

Today, as a result of the war and famine in The Horn, at least 1500 refugees per month have been entering South Africa, according to Abdul Hakim, a Somali leader living in South Africa. Some suggest it’s even more.

According to Natalia Perez of the International Organization for Migration (IOM), in the first quarter of 2011, 7200 asylum-seekers were documented entering South Africa at the Beitbridge border with Zimbabwe.

South Africa is the obvious choice for any skilled person fleeing Somalia. Its economy is 20 times larger than the rest of sub-Sahara Africa combined. Its politics are free and generous. Until recently, anyway, refugees were welcomed with open arms.

It’s nearly 2000 miles as the crow flies from Dadaab to the Beitbridge border post, and no refugee flies. In between are at least three countries, some times four depending upon the route, and these countries are hostile to refugees no matter what their skills.

Clearly the person who navigates as a fugitive through multiple layers of police and other officials, who knows how to get foreign currencies to buy bus and train tickets, who speaks multiple languages, who is able to find food and shelter for a subterranean journey that could take months… is no peasant farmer.

She or he is an educated, skilled professional. Ultimately, South Africa will be remarkably enriched by this flood of professionals into its country. But all at once, at a time of a depressed global economy, the stress may have become too profound on South African society.

Although officially denied by South African officials, we have to believe the multiple reports that at least an unstated policy change has occurred. South Africa’s borders are tightening, and this has caused a pushback into lands no skilled refugee would choose to make home.

Zimbabwe is no place of refuge, and there are as many as a thousand Zimbabweans monthly trying to get into South Africa. But Zimbabwe is the natural transit point for asylum seekers from the north wanting to enter South Africa.

Zimbabwe is not a country known for its gentle care. But in a deft political move that gives this ruthless country some cover, Zimbabwe has allowed the UN Refugee Agency (UNHCR) to set up a camp inside Zimbabwe as refugees at Beitbridge find it harder to get into South Africa.

Right now, there are 646 mostly Somalis being held there as if in a prison, picked up by Zimbabwean authorities as they are bounced back from South Africa.

Above Zimbabwe is Tanzania. UNHCR’s Mozambique head told a refugee newspaper last week that nearly a thousand refugees have been stopped at the Tanzania border with Mozambique and are now being held in a nearby prison. He said there were about 50 young children among those now being detained.

If true, Tanzania is violating a number of world treaties and customary human rights practices and could be prosecuted at the World Court.

I think of the one story I know so well of the man I helped in 1994. His story ended fabulously. He lives in the U.S. as a computer scientist, has a wonderful home and three lovely children. The only sadness in the memory is that he was but one of a thousand I had seen.

Today, there are tens, maybe hundreds of thousands.

How soon will it become millions?