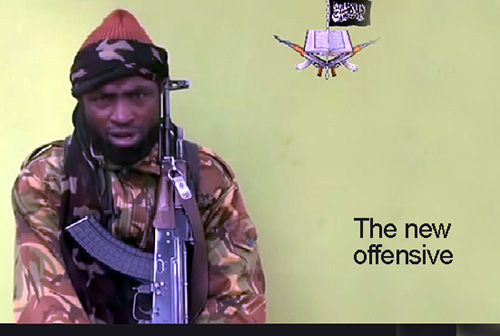 This week’s aggressive attacks against Islamic extremists by Egypt, Jordan and now Nigeria is a significant turning point in the wars against ISIS and Boko Haram.

That’s not to say it’s a significant turning point in the “War against Terror.” But we’ll never get to figuring that one out until we start dealing in realities and admitting that the current western mission against ISIS and Boko Haram appears to be working.

It’s now been a day or more since countries in the region of Islamic terror have begun to fight back, and the response from the terrorists indicates they’re worried.

I believe the many seemingly disconnected events that happened this week in Africa and the Levant indicate that Islamic terrorists for the first time believe they are losing.

Al-Jazeera reported this morning that the Taliban and America are exploring “peace talks” in Qatar. The Taliban has had an office in Qatar for several years, and there have been other rumored meetings with America to no avail.

But in light of the much more extreme ISIS and affiliates, the Taliban now seems like Switzerland, very much worth talking to – or through – in times of travail.

Egypt bombed Libya, and Jordan bombed Syria and Iraq, to retaliate against ISIS’ beheadings of their nationals. In Nigeria a new offensive by the army claims to have killed hundreds of terrorists and reclaimed villages that had long been under Boko Haram’s control.

For so long Obama and other sane minds have explained that the war against Islamic extremists in the Levant will only improve when the countries in those regions actually pick up the fight.

Normally Boko Haram and ISIS would never the twain meet. The raw racism that exists between Arabs and Africans is something westerners can’t understand. It exceeds the antipathy of tribalism within Arabs (mostly Sunni versus Shiia) and Africans with their multitude of different ethnic groups.

If things weren’t going badly for radical Islamists as a whole, there would be no collaboration between the African Boko Haram and Arab ISIS. Yet that is exactly what is suggested today.

In a video released by Boko Haram vowing to disrupt the Nigerian election, the Boko Haram leader shows himself for the first time. That together with the professionalism of the production has all the markings of ISIS propaganda.

Recently the two groups released photos of each other’s flags and praised each other’s fighting. That’s hardly collaboration, but even if it’s a stretch to conclude anything more than empathy among villains that’s a significant change.

Almost exactly two years ago a similar new fight was happening in Mali. That represented the last hurrah of al-Qaeda. I predicted as such, and I think that is now what is happening to ISIS and Boko Haram.

Obama/Hollande’s strategy of chasing terrorists and wearing them down works, especially when countries in the area actually begin fighting.

As with al-Qaeda and al-Shabaab, they never disappear altogether and they fracture into new thugs, but they lose their original power and focus.

I’m not suggesting that’s enough, and I’ve often written how short-sighted this strategy is:

ISIS emerged from the fracturing of the Taliban and al-Qaeda. Boko Haram emerged from the defeat of certain Tuaregs and other Islamic groups. So theoretically we’ll spend eternity squashing one group that emerges in the pyre of the previous.

Yet call a spade a spade, folks. The single greatest threat today to the specific if questionable mission to defeat ISIS and Boko Haram is to deny they are being defeated, that the mission is succeeding.

So the single greatest threat is ourselves, those of us who thrive on the need to be threatened: The McCains and Grahams, the Righties and Fox News who can’t see beyond their nose and believe they’re threatened from all sides until the room is nuked.

It’s exactly what the terrorists want. It is, in fact, their only hope: turning America into the quintessential suicide bomber.