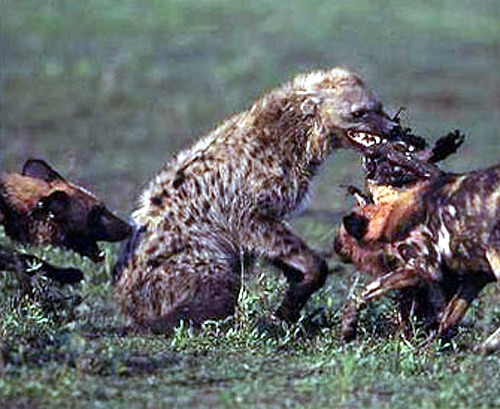 Egypt’s bombing yesterday is proof positive that we have to get completely out of the current fight before something horrible happens.

The Egyptian president’s decision yesterday to bomb ISIS targets in Libya is a massive escalation of the current conflict. It turns it almost into something closer to the conflict in Ukraine, where tanks and SAM missiles replace swords and horses.

King Abdullah of Jordan sends a half dozen planes daily towards Syria, and now President El-Sisi is poised to send in tens of thousands of soldiers.

Egypt’s bombing was not just revenge for the ISIS beheading of 21 Egyptians several days ago. El-Sisi is just using that as a pretense.

It was not the actual beheadings that aroused El-Sisi’s attention as much as the backdrop: the Mediterranean Sea. ISIS was announcing that it had emerged from the southern deserts of Libya where it has been maneuvering to coalesce radical Islamists for more than a year.

ISIS wanted the world and especially el-Sisi to know that it is not a dumb desert phenomenon. There is little use in controlling an oil field if you can’t get the oil to port. ISIS beheadings made it to the port.

Neither was this a surprise to el-Sisi. He has been an ardent supporter of anti-Islamists in Libya, especially for General Khalifa Haftar. Haftar is an old and duplicitous face in Libyan politics who el-Sisi dusted off of the old generals’ shelf to become his proxy in Libya last year.

But despite Haftar’s several announced and only one partially successful coup against the powerless Libyan Islamic parliament, the old fighter suffered several military loses to ISIS in the last several months.

“Let those near and far know that the Egyptians have a shield that protects and preserves the security of the country, and a sword that eradicates terrorism,” the Egyptian military said.

El-Sisi is no Mother Theresa. Egypt today suffers a repression not unlike during the days of Mubarak. So whether El-Sisi’s action in Libya is good or bad or moral or immoral it’s the fact that many of us have been shouting to Americans for years:

It’s not our war. It’s theirs.

And if “they” take it up, then we can debate the sides we’d like to support, and I hope that will restrain any involvement we deem worthy because…

… there is no good side. ISIS is bad. El-Sisi in Egypt isn’t particularly good. King Abdul in Jordan isn’t your model of democracy and King Salman of Saudi Arabia stones adulterers and tears the skin off bloggers.

Al Qaeda is a grumpy old if still dangerous demon. Iraq has fallen completely apart as Sunnis and Shiias fight even within Baghdad. Afghanistan is ready to implode.

And not one of these – not all of these allied could bring the battle back to the Twin Towers. Don’t let the terrorists play on these latent fears. Not even they truly believe their religious hyperbole. America is a symbolic punching bag for all struggles, because we have nothing left to conquer than our self.

The fight in the Mideast is now distinctly, definitively not ours.

How many westerners have been beheaded? How many Egyptians?

I learned long ago as a guide in Africa that you don’t go into a hyaena fight, no matter how good the pictures might be.