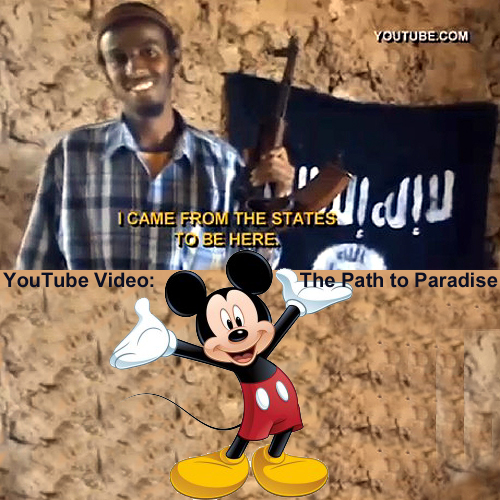 The Westgate Mall attack was al-Shabaab’s dying gasp. There will be more attacks in East Africa, in London, in the U.S., but not from the old al-Shabaab. Not from what was left of the group that was wiped out in Westgate.

Many British analysts believe the attack was led by a fellow Brit, Samantha Lewthwaite. If this is true, it means the organization al-Shabaab has imploded.

The “White Widow” as she was called was essentially the last well-known al-Shabaab commandant. All the others had been killed over the last year.

Possibly less than a month or two ago, an Alabama citizen, al-Shabaab leader Omar Hammami, was killed in an internicine fire fight. He died along with a British compatriot, Osama al-Britani.

So three of the fragile top leadership of al-Shabaab who remained after Kenya routed the group from Somalia are dead. Two Brits, one a woman, and one American.

On PBS yesterday, Kenya’s foreign minister said there were an additional “two or three” Americans fighting as jihadists in the Westgate battle who were killed.

Few true journalists or analysts of anything will ever predict the near end to some movement, for fear they’ll be wrong and lose their position. I don’t have to worry about that. I hired myself.

And yes I could be wrong and by so saying I’m honestly diminishing my conviction, but my gut nevertheless tells me otherwise.

Reports that al-Shabaab still controls much of Somalia are incomplete. Al-Shabaab was rarely a coherent single organization, although it did coalesce for several years.

What I suspect is that the warlord society of Somalia, part of which loosely allied itself to al-Shabaab, may be doing so, again. If that’s true, al-Shabaab today is not a trans-national affiliate of al-Qaeda but rather a local political movement, retracting into what it was more than a decade ago.

The Council on Foreign Relations has prepared an excellent and brief primer on al-Shabaab that demonstrates this possibility well.

Does it matter that this one terrorist organization is expiring?

Yes, but it hardly ensures Kenya or the rest of the world that there will be no future attacks. What was left of al-Shabaab were foreigners, not Somalis and many weren’t even Arabs. They may have been Muslims but not even that is certain.

What they are, CBS reported yesterday evening, are wayward kids from developed countries like the U.S. and Britain.

The end of al-Shabaab does not bring an end to wayward kids from Minneapolis.

And that’s the second thought I want you to revisit. A terrorist act is pretty easy to pull off, today. It’s a rush for someone depressed. It’s a mission for someone ungrounded and otherwise uninspired.

Fighting clubs exist all around the world. The normal amoralism of a criminal is easily coopted by some ideology, whether that’s jihadism or some other cultism, and I seriously doubt that any of the actual fighters have studied Zen or Marx.

They’re looking for action and meaning, something they’re unable to get at home. And when they do something bad, we tax our poor to fund a megalothic war machine when we should be taxing the rich to fund schools that inspire young people.

When they pull off a mission at a poorly protected Westgate that a inner city gang from Chicago could have pulled off just as well, we respond by sending a dozen generals and Navy Seals when we should respond by sending social workers and community aid.

And when things go south for the jihadists, their amoralism becomes nihilism. They go out with a bang.