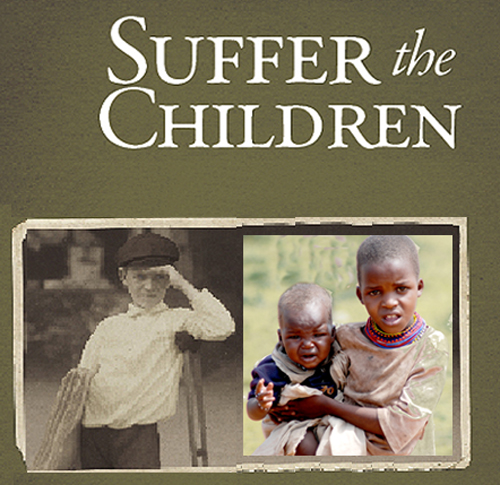 Africa and most of the world expects, now, that the U.S. crisis is over for the time being. Everyone everywhere presumes the two votes still required in The Senate and House will come off as predicted. Everyone, everywhere, is now assessing what this means to them.

It’s near sacrilege in America, today, to gauge your actions on how they might effect people as far away as Africa. There is still a mentality throughout the world to be sure, but especially in America, that responsibility ends at an increasingly narrowly defined notion of “home.”

Religious and political extremists mostly from the right believe that all that’s needed for a happy life is some kind of ultimate freedom from any complicated or extended responsibilities .. certainly any that extend as far from America as Africa.

We already know that’s how they feel, but we’ve been reduced to repeating it since efforts to change it have failed. We don’t even have to continue to the conclusion of what utter nonsense this is in a globally connected world. But having grown up in a tiny hamlet in northeast Arkansas, I know how small the universe can seem to many people. I know how dumb they often choose to remain.

It’s one of the great attractions of Africa to a first-time visitor: how vast it is. Confronted with such seemingly “free” and untouchable limits, a person is either absolutely awed, smacked to the floor in a feeling of complete insignificance, or … scared to death.

Those who are awed have a chance to explore new awarenesses, new understandings of how vast and different but connected are things in those global arenas, including foreign places. Those who get scared retreat into a clearer, smaller past, into everything known and nicely understood. They avoid global concepts, responsibilities.

They pack a gun and a spirit and take care of their own.

I’ve written in the last two weeks how a reduced American economy will effect Africa and the developing world, deeply. Just, of course, as it will effect us even more so at home.

Presuming “The Deal” gets passed in Congress, today, we will avoid implosion. We will retreat back into the world of AAA+. But “The Deal” cleaves America’s spending, which reduces government debt to be sure but reduces America’s output, too.

GDP will fall. Stimulus will end. Foreign aid and diaspora remittances will fall significantly. At home, social welfare programs will be cut drastically.

The poor, the developing world, those who are currently suffering will now suffer more. The rich in America will either be sustained at current levels or may prosper further.

And this horrible course will be unchangeable until the next election in November, 2012. And even if the results of that election then move in a fairer more progressive way, to ease the suffering of the poor at home and the developing world at large, it will probably be a year or more after that before new policies can begin to remedy this horrible situation.