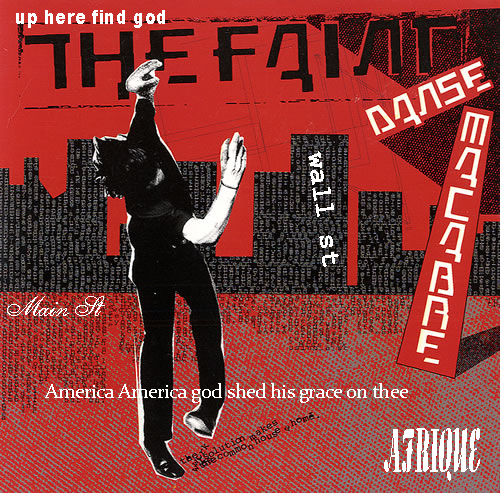 Africa waits on pins and needles as America plays with the world. It’s not true that a default will in any way help Africa, not even gold-producing South Africa.

It’s hard to imagine what a default will be, and I don’t mean that in any apocalyptic way. America is the standard for world economy. It could be that default will be ignored, because if default of the standard is not ignored, the whole box of cards resting on it is jeopardized.

Gold is soaring, and the world’s principal gold source is South Africa, the continent’s most important economic power.

South Africa moved from the 32nd to the 28th largest economy just in a year, last year, because of the soaring price of gold. That’s an extremely respectable position relative to the rest of the world, and for certain, the leader in the continent. (Egypt is number 2 on the continent, 40th in the world.)

You would think South Africans would be ho-humming the imminent American default.

“Despite the benefits for mining, the timing could not be worse for the SA economy, “ writes Claire Bisseker last week in Johannesburg’s most important financial newspaper, the Financial Mail.

Bisseker’s brilliant synopsis of our situation and what it means for Africa is required reading for anyone interested in the economies there. What I found particularly interesting is that she extends her view well beyond the current crisis and in the long-term actually sees a benefit for African and other emerging economies.

“Whatever happens, one thing is clear… [There will be a] shift to fast-growing emerging markets as the main source of global dynamism.”

In other words, a benefit – a silver lining if you will – to emerging economies. If she’s right, it’s a terribly ironic silver lining to a world based once based gold and now thought to be based on … us, America.

But in the short-term, everyone in Africa warns the jolt will be significant.

In today’s lead editorial, the Mail’s editor, Barney Mthombothi asks, “As the world watches the danse macabre in Washington DC with utter amazement and dread, one has to ask: who runs the place? Have America’s leaders taken leave of their senses? And are we witnessing the decline of a once great power?”

Mthombothi dares to suggest one reason for the impasse is American racism.

“So why an impasse now? Some believe it has a lot to do with Obama, his colour to be exact.” Although he then suggests an equally important component is America’s “ideological divide.”

Like all African business leaders, Mthombothi must harbor a long bitterness that stretches all the way back to the days of slavery. And when giant places like Texas try to reword if not rewrite the history of slavery, it only stings them more.

In the end, like many dispatches I’ve been reading from Africa, Mthombothi concludes that the fundamental problem is not racism or ideological divide, but our constitution.

“The American constitution was an arrangement for a bygone era. It’s led to a stalemate that threatens us all.”

I tend to agree, although it may not be so much the constitution as the belief that we can neither reinterpret or change it to fit our modern times. The intransigence of the American right is the too old ebony stick that’s either going to break in the wind or come down on us all.