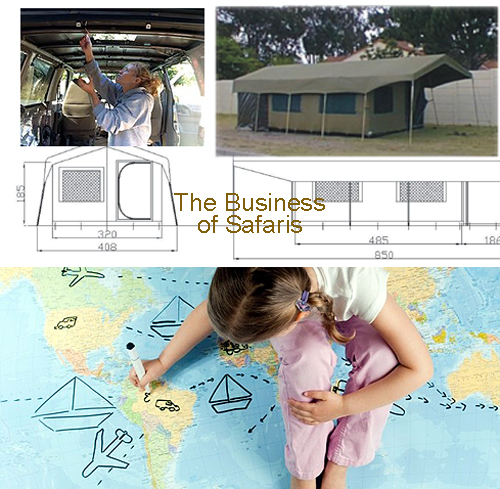 My 30-day safari convinced me that Kenya’s tourism has been reborn and that Tanzania better look out, but that they both might be in trouble.

For a month I guided nonstop 17 enthusiastic travelers – almost all veterans – through my favorite wildernesses in Kenya and Tanzania. All my objectives including finding the great migration and showing off the new dynamic Nairobi were met.

My clients have all vowed to return yet again!

But such enthusiasm needs stoking, and the East African tourism industry is sorely failing in this regard.

Today think of Kenya as a splendid adventure with extraordinary comfort, and think of Tanzania as wilder but more difficult. The distinction is just what an investor needs to create imaginative programs for a wide market.

But both Kenya and Tanzania are not doing so, in fact, they may be doing just the opposite: destroying their own precious industry.

Kenya’s ability to maintain its wonderful wildernesses is extraordinary, given the contemporary pressures of its unbelievably rapid development. That development will leave Tanzania in a deep wake, but it will be meaningless if Kenya can’t get under control a number of destructive political pressures.

These include nearly laughable mismanagement of the Mara (separated from the Kenyan Wildlife Service-KWS) and the unfettered development projects like the new railway through Tsavo or the planned labyrinth of national highways built with little concern for the wilderness.

Tanzania on the other hand needn’t worry for the time being that its great northern wildernesses are jeopardized by development: Global success stopping the Serengeti highway three years ago more or less proved this.

Both countries suffer from corruption and both country’s executives and legislatures are implementing admirable policies to stem it. But I think Tanzania’s considerably worse off in this regards:

Poor implementation of the national park Smart Card program, seriously deteriorating park road maintenance, summary ending of long-time research efforts (particularly with lions) in the Serengeti, and seemingly random allocation of land leases in wilderness territory are just a few of Tanzania’s most serious problems, all rooted in corruption.

Tanzania’s greatest asset is it wildness. Kenya’s most popular parks, Amboseli and The Mara, are over developed, a legacy of years of corrupt allocation of land leases and a dysfunctional multi-tier system of wilderness management. The animals that have survived this congested development have become extremely habituated to tourists, and that’s not all that bad.

But it means that as Kenya’s tourism increases, so will the number of cars. It’s taking increasingly imaginative itineraries to avoid the crowds even now during a tourism decline. The payback to the tolerant tourist is that at the end of the day accommodations at every market level are considerably better than in Tanzania.

Kenya’s accommodations, food, customer service and reliability are much better than Tanzania’s.

Still, the tourist who like myself is more interested in the wilderness, can hardly discard Tanzania for these shortcomings. The much less crowded parks (Ngorongoro being a singular and notable exception) means that the animals are wilder, the landscapes less scarred and – from my point of view – results in a much more exciting trip.

Both countries, though, have what could be an insurmountable obstacle to healthy tourism growth: escalating prices.

Global resellers of East Africa are either conceding market share to Asia and South America, or they are so shaving their itineraries (like OATS or Road Scholar) that all that’s left is but a skeleton of the landscape, people and animal contrasts that distinguishes a classic safari.

Wilderness travel in particular is booming in places like the Amazon jungle and Alaska where prices have actually fallen over the last decade. African safaris now vie with Antarctica as the most expensive destination in the world.

Both the Tanzanian and Kenyan governments take some of the blame for slapping high taxes and escalating entry fees on tourists, relative to other wilderness destinations. But the bulk of the blame rests with poorly schooled investors who have never bet on the medium or long term.

Short term investing requires a high return, and believe me, they’re getting it in East Africa. It also leads to knee-jerk increases in price when demand falls. I can’t think of another place in the tourism world where this is the case. No one is prepared in East Africa to “weather the storm” or “restructure” or “look to the future” when the ‘future’ is hardly more than tomorrow.

The Serengeti remains my favorite place in the world, and the myriad of almost just as exciting places in both Kenya and Tanzania can still provide the traveler with the most unique and exciting vacation on earth.

But that will not depend upon the market, but upon the East Africans who can exploit it if they want to. It’s up to the politicians to stem corruption and infuse real professionalism onto the industry; Up to the business people to begin treating the place as a home they plan on building for future generations, rather than a foreign lark easily disinvested.

I think you know what I’m hoping for.
– Johannesburg