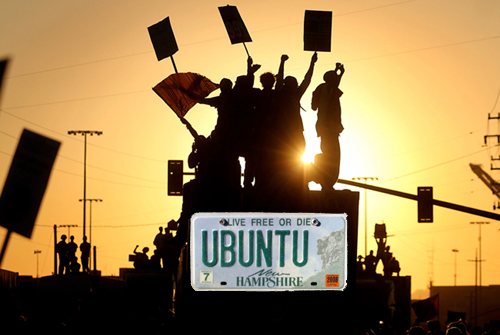 Today is America’s Big Election Day. This blog is for my African friends and readers, many of whom are involved in crafting new, dynamic constitutions.

Every four years America holds its largest election. This includes for the president; all House of Representatives; most state, county and city representatives including elected judges. It excludes officials whose terms are scattered including two-thirds of the Senate, half of the state governors and a few other positions.

But by far and wide, this four year cycle is “The Big Election.” The first Big Election I voted in was in 1968. I’ve voted in every election since then; this will be my 11th Big Election.

Who gets to vote, when and how, have been issues that America has addressed and redressed for centuries, and we still don’t have it right. In America’s earlier days – in fact for the country’s first 150 years if not longer – there really was no “One man, one vote.”

Most election regulations have always been left to the individual States to decide, and historically voting laws have disenfranchised many citizens in many States. For our entire history, individual states have tried and often succeeded in suppressing the vote of people traditionally unable to secure power, like Afro-Americans.

Voting suppression was effected by requiring special taxes or demonstrations of income, by proof of secure employment and other means. The suppression always effected the least powerful and tended to keep those in power for longer.

My first Big Election in 1968 was the first election in the nation governed by the Voting Rights Act (VRA), federal legislation that for the first time regulated and tried to homogenize the various States’ laws.

The VRA helped enormously to stop voter suppression, and freer voting occurred right until this very election. This time, though, a barrage of Republican state legislatures changed state laws again suppressing the vote of the poor, disenfranchised, disabled and elderly. These are all constituencies that normally support Democrats.

Successful court challenges have been made against most of these, but not all of them. Last-minute rules, such as that promulgated Friday by the Secretary of State of Ohio, may not allow for enough time for a court challenge before today’s voting.

So it remains to be seen what effect this incredible reversal of nearly a half century of improved voter enfranchisement will do. If the election is close for any of the races in the states with these voting regulation controversies in play, then the results could be delayed for some time until the court challenges are complete.

And in many cases – the Pennsylvania “billboard controversy” is a good example – illegal regulations that the court ultimately vacated were in place for a long enough time to still effect the outcome.

No political party or power can impede the growing transparency of our elections. The free access of the internet and the explosion of media outlets, more journalists and infinitely more blogs, has assured that very little if anything can be kept secret. If someone is cheating, it will be revealed.

But that radical freedom is not without its own disadvantage. It means that the sometimes truly infuriating right of anyone to lie in a political campaign and promulgate that lie without legal redress is guaranteed. Any politician can say anything, can make the most outrageous and mendacious charges against her opponent without fear of any retribution.

The argument that prevails against interdicting such behavior is the argument of transparency. As with someone cheating – if someone is lying – it will be revealed.

The problem is that the revealing takes energy, intellect and time. And a large portion of the American electorate doesn’t have any of that. A large portion of the electorate is easily fooled, even as we work tirelessly for them to be able to cast their ill-advised ballot. That’s one critical curse of democracy: that many people will vote against their best own self-interest.

Egypt, Tunisia, Kenya and likely Tanzania are all crafting new societies based on democratic elections. Lacking America’s long history of democracy can be a benefit in this modern age. Learn from our mistakes, and perhaps we can learn from your accomplishments.