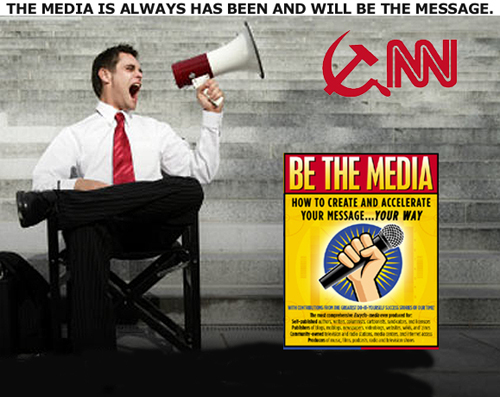 We all know the media is the message. And we all deny it: the media seriously effected the U.S. Presidential election. Africans are more honest and thereby less self-destructive.

Today and tomorrow in Dakar, African intellectuals gather with African media moguls to continue work on a continent-wide framework for developing media. This is the 5th annual “Africa Leaders Media Forum” and they know that they control much of Africa’s destiny.

Last year’s conference closing declaration said, “as demonstrated by the Arab Spring…, media have a profound role to play in social transformation, giving voice to people, and promoting freedom.”

Just like CNN, MSNBC, Rush Limbaugh and the NBC Nightly News. The difference is that we Americans staunchly refuse to accept the obvious brashly insisting a good journalist can be “objective.” Africans know better.

That doesn’t mean that objectivity isn’t a plausible tenant of news reporting; it just means that it’s unattainable. With that realization a reporter is able to temper his own bias better, while clearly accepting and admitting it. There is then much less suspicion between her and her readers.

Today’s agenda began with an open public forum at a nearby university that was covered by Forbes contributor, Elise Knutsen, writing for AllAfrica.

“Panelists at the meeting spoke with manifest passion as they discussed issues related to media, governance and inclusive citizenship,” she reports. Again and again the electrified forum affirmed how powerful the media is: Whether to “promote citizenship” or “empower women” the media had a critical responsibility to frame itself correctly, otherwise it would do so intrinsically, out of control.

Is that what’s happening in America?

This is communist stuff to many Americans, despite the fact that Marshall McLuhan’s the-medium-in-the-message theory was widely accepted with his first publications in 1964.

Tomorrow’s opening session acknowledges the massive revolutions, new constitutions and increased turbulence in much of Africa. “How is the media exploiting citizens’ new wave of awareness?” the session narrative asks.

Because the media alone is the thermostat for so many public events. You dial up the enthusiasm or you dial it down. The media does this more than government organizations, schools or dining room table conversations over dinner. It’s the media, stupid!

In America we’re so afraid of power. We’re certain that power of any kind has a preeminent evil, and that any corralling of it is generally for greed and misuse which will right away curtail our own free will.

That’s really laughable, because power is power and if it isn’t corralled there’s at least an equal chance with anything else that it will curtail our own free will, and that’s the point!

Combine these notions with the false hopes that objectivity can be followed and you’ve a formula for master disaster.

What the African media understands it lacks is the technological know-how of America. Later sessions will explore the new technologies, and that will be followed by a session that then asks, “Are the African media fit to report on these multiple challenges?”

As with so much in Africa’s rapidly progressing institutions, today, there is a concern there isn’t enough money (resources) to properly develop. But the question is broader than getting enough video cameras. It includes, too, the moral and temporal fitness of the people who will be using those cameras.

Ooooh. Once again, socialism, communism whatever you want to call it, right? Yes, actually, that’s right. Media is community of-the-people and by-the-people more than many other institutions in society, certainly more than the elected assemblies and officials whose paths to power are wrought with obligation.

Media is much more dynamic. It reflects the moments of truth, and it’s those aggregate moments that we need to display, analyze and preserve.

Following Dakar’s stellar example, I intend to invite Brian Williams, Rush Limbaugh, Robert Murdoch, David Brooks and Maureen Dowd to our own American conference on how the media needs to become morally fit and responsible to the will of the people.

I’m going to call it, “The How To Do Everything” conference to attract a broad audience.

… Although I might have to run for President, first.