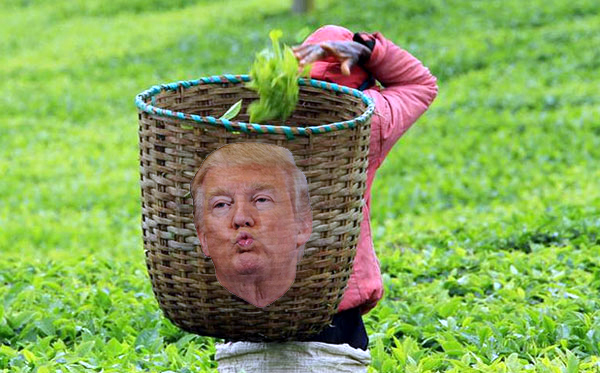 Empowered by their greater morality, three of Africa’s most important countries are giving America the finger.

Last year was different as small and developing countries in particular seemed to kowtow to Trump’s self-styled Mother Superior attitude towards them. But the killing of Solemaini seems to have broken that spell.

Mind you, the “greater morality” of Africa comes in small measure. For almost all my life time America was the beacon and Africa was the darkness. It took the continent a long time to develop respect for human rights and an even longer time to develop democracy.

But that has developed as imperfect as it still is. And fair comparisons can now be drawn between America’s respect for human rights and democracy, and the rest of the world’s. And America has fallen off a cliff.

Iran is the principal catalyst for Africa’s newly emboldened criticism of America, and trade policy is the secondary one.

Keep in mind that trade with Africa is teeny-weeny by any American analysis. Kenya, for example, ranked 98th of more than 170 world trading partners, with the U.S. importing in 2018 $644 million in goods and exporting to Kenya only $365 million.

It was, of course, not even a drop in the bucket for America. American sales to Kenya were less than .01% of its budget.

Many African countries like Kenya prosper from the Agoa Trade Pact negotiated by George Bush. Trump tried to wipe out this spot on his clear vision of what trade means before Congress intervened, so it has been renewed.

But the conflict with Iran has done more damage to sub-Saharan African countries than Agoa has helped.

As American sanctions increased on Iran it became harder and harder for countries like Kenya to buy the increasingly inexpensive oil and gas that Iran was putting onto the market. Moreover, American diplomats threatened Africa that any purchases from Iran could effect America’s own posture towards them, i.e., Agoa.

So in October, 2018, most sub-Saharan African countries stopped purchasing Iranian oil and gas. Fortunately the overall fossil fuel costs were declining, so it didn’t hit them hard. What was worrying, though, was that Iran would retaliate and stop buying their products, especially tea from Kenya.

Kenya is the world’s largest tea exporter and Iranians are one of their most loyal customers.

Iran did pull back for a while, but apparently the quality of Kenyan tea was not easily replaced and sales increased throughout 2018 reaching 116 million metric tons.

Then even more American sanctions on Iran, particularly with regards to banking channels, contributed to an unexpected decline in Kenya’s main export to Iran in 2019.

In times past Kenya would have cowered to this America bullying.

Yesterday Kenya gave America the finger. Shrugging off the third-country brokerage now required to circumvent American sanctions, Kenya’s Director General Anthony Murithi announced he would himself lead the delegation to visit Iran next month to figure out ways to get Iran the tea it wants.

Meanwhile in South Africa the ANC condemned the U.S. killing of Solemaini, vowing to “support Iran.”

And the president of Nigeria blasted America for fomenting religious divisions.

They’ve had enough from the corrupt Mother Superior.