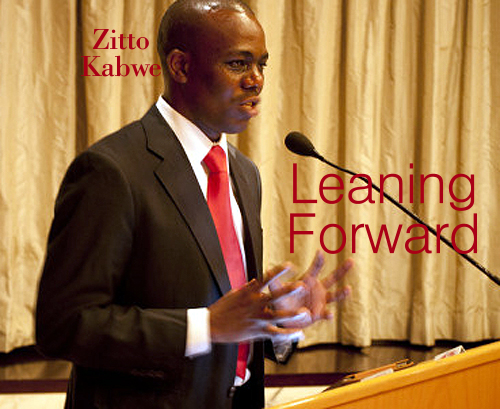 Tanzania’s power cabal is pressing the lid tightly on a pot of boiling discontent, but young revolutionaries are up to bat. Game on.

Three issues are exploding: fraudulent mining contracts, authorities complicit with smuggled ivory, and the ramming through of a bad new constitution.

Tuesday, Dar police surprised the world much less Tanzanians by actually arresting the country’s two top gas and oil officials for failing to comply with a subpoena issued by young bloods in the Parliamentary opposition.

There had been a delay between the actual issuing of the subpoena and the ultimate arrests, and in Tanzania’s Shakespearean politics it’s hardly more than speculation as to why. Here’s my best take:

Serious pressure on Tanzania started in mid-October when the consortium of European Union donors suspended more than a half billion annual dollars of development aid.

This was no surprise. A year ago I suggested it would happen.

I believe foreign aid from the EU and the U.S. is often given for political reasons much more than for the development reasons championed, and huge amounts of cash for which there is no accounting is the reason there is so much corruption in Africa.

(That’s changing. It’s embarrassing that the U.S. has not yet joined the EU in the suspension of aid.)

We aren’t sure when the subpoena was issued, but the crusader who pushed it through Parliament is a powerful, young business educated progressive from the main city on Lake Tanganyika, Kigoma.

Zitto Kabwe set up a website in his name devoted to the fraudulent mining issue in July. The subpoena was probably issued sometime shortly thereafter.

That particular controversy – one of a dozen such fraudulent stories coming out of Tanzania’s incredible new-found wealth in gas and oil – was of a secret government agreement to cede more than two-thirds of all oil and gas revenue to the foreign investors.

That’s at least twice the norm and when compared, for example, with several contracts that neighboring Kenya has issued with foreign mining companies, almost three times the regional average.

Kabwe said his crusade opened up when a local blogger, Ben Taylor, discovered the fraudulent deals which had been held secret by the government.

Then, new reports of increased ivory smuggling facilitated by the same officials who engineered and profited from the fraudulent mining contracts hit the news this week.

The lid on the boiling pot of discontent might still be pressed tightly down, but it’s getting hotter. The gas and mining officials were hauled in this week. The kingpins will likely be out on bail by tomorrow.

“This scandal is too big. We are not ready to see all this money end up in the pockets of a few officials,” opposition politician David Kafulila told Deutsche Welle.

Add to all of this a growing controversy over Tanzania’s so-called new constitution. Widely opposed by the public because it really isn’t new, doing little more than enshrining the ruling party’s near autocratic power, the government has vowed to move ahead with the national referendum in April.

That controversy has spilled over into the streets and Sunday one of the principal architects was almost stoned and beaten in a forum held in Dar-es-Salaam to promote the government’s position.

The government doesn’t appear to be backing down. Today, the unpopular prime minister condemned the protesters, maverick legislators but mostly the EU for withholding aid, arguing it would hurt “the common man.”

We’ll see who it hurts sooner than you think.