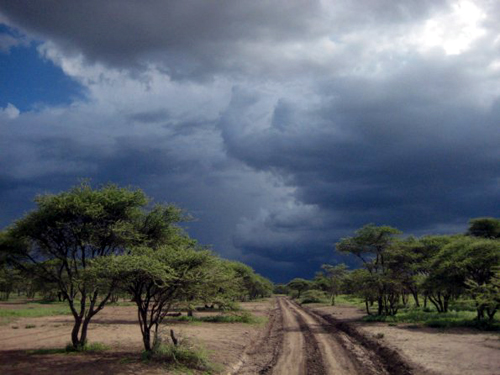 Storm clouds are forming over Kenya. The thunder and lightning and destruction has not yet started, and all of us who love Kenya hope it will not, but the anger is palpable and as a safari broker I must advise all considering Kenya for the moment to stay clear.

My blog yesterday about the election went viral and the hate, death threats, invective and dirty speech publically thrown back at me as comments on the blog and Facebook are chilling.

For the first time ever I changed something that I had written – or rather, photoshopped. I worried that the photoshopped picture was being misconstrued, that I was suggesting that the current election had experienced violence.

It didn’t. There was an incident in Mombasa on election morning that left six dead, but that was it. The rest of the day, and up to this very moment as I write, has been peaceful, and as I wrote on the day after the election, joyously so.

So I have changed yesterday’s blog picture to eliminate the possible connotation otherwise. In Facebook I post twice: once for the full picture and once for the link to the blog. Facebook entries cannot be edited, only removed, so I simply removed the full-size picture. But the other has to remain, so if you wish to see what the picture was that worried me, go to AfricaAnswerman on Facebook.

I do not want to contribute to the growing anger. But as Mwirigi posting the first comment to the respected columnist Macharia Gaitho in today’s Daily Nation says, “I am against any attempt to muzzle free speech. This is how it starts, we have come from a time where it was a crime to imagine the death of the president. Many people have fought long and hard for us to have the ability to express ourselves freely.”

So I am hardly alone. In fact, my few thousands of hits and comments are minuscule compared to the extraordinary traffic on Kenyan sites.

The second comment on Gaitho’s column by Njamba says, “We should differentiate between freedom of speech and abusive and hate speech.” But she continues to incorrectly conclude this means we as individuals can’t come to conclusions or predictions about the future.

And therein Njamba and thousands other Kenyans hit the slippery slope, giving only lip service to free speech by inhibiting it from reasoning to points of view. Unless, of course, it’s their point of view.

“Right now I feel let down,” Gaitho continues today, “and very ashamed to be a Kenyan, for the level of post-election violence assaulting my eyes and ears every day is worse now than it was before and during the elections.”

Words cut ideas. Machetes cut throats. How close are we today to the latter?

My opinion: too close to plan a trip there. As a safari broker professional, I cannot let anyone go to Kenya, now. If the Kenyan Supreme Court invalidates Kenyatta/Ruto winning the election, as I think it will, and calls for a run-off election, all hell could break lose.

Gaitho: “Any time there is bloodshed in Kenya, you will never see Raila Odinga, Uhuru Kenyatta and William Ruto or their families in the line of fire… They will be swilling champagne and cutting business deals in … members’ clubs.

“Their children and grandchildren will not be wielding weapons in the battlegrounds, but will be safely squirreled away in some posh boarding schools in England, Switzerland or South Africa; or if of age, gambling and drinking away a fraction of daddy’s fortune.

“A cursory look at the social media war will indicate that the “principals” are not typing out a single word in anger. They leave that to their rabid followers and hired guns who… will throw all caution to the wind and put their bodies on the line.”

I so hope this doesn’t happen. But how can I feel otherwise, now, than it might?

Africans have an art of patience that far exceeds ours. As travelers and brokers of travel, we now have to be patient. We have to wait before returning to Kenya. We have to wait for a certain peace.