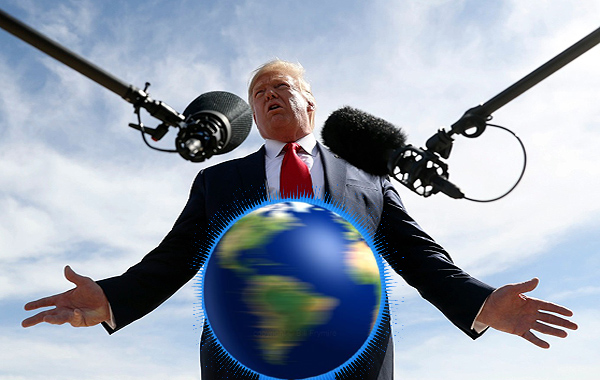 Everybody knows what they don’t want, but no one is sure about what they want. That’s the news from the U.K. and South Africa and Washington, today, and it doesn’t bode well.

When Boris’ landslide was assured late last night, the committee expected to vote impeachment adjourned. The South African Rand jumped a healthy 2% on cynicism that the rich, developed world doesn’t have a clue about what it’s doing.

South Africa negotiated a quick trade agreement last September with the U.K., conceding many of its most treasured hopes for preferential tariffs and relaxed job and climate standards.

It wasn’t hard. The agreement will be meaningless if Britain does an about face and doesn’t leave the E.U. But now that it’s 99% sure Brexit will happen, the South Africans at least have a leg up on much of the rest of the world.

The Rand surged because it expects the Brits will have a very hard time negotiating new agreements around the world, certainly with the E.U. much less the erratic U.S.

Capitalism is proving a harder obstacle to globalization than many of us had hoped. Even as global anxieties with income inequality explode, the world like the South Africans seems to be racing back to the past, the giddy indicators like stock markets and currency rates applauding their subservience like fireworks on Guy Fawkes Day.

That may be because the near past had a wee bit less income inequality. But these short-term historical analyses which successfully validate short-term future planning are suicidal.

None of this bodes well for any real change, anywhere, including in the U.S.

I keep coming back again and again to Robespierre’s most famous quote: “The secret of freedom lies in educating people, whereas the secret of tyranny is in keeping them ignorant.”

Freedom as Robespierre meant it, and as we should all embrace it, is an equal playing field for all endeavors – profession, leisure, childhood and retirement.

As the world grew more literate it grew more cognizant that it wasn’t free. Those in power felt the heat. They began manipulating education in the 1970s with the divisive policy of property taxing that ensured those in power got the best. That led to exploding costs of education that furthered suppressed the less fortunate, who lost their arts and sports and started to be treated like rats in a maze.

In the 2000s propaganda prevailed in changing the world: we invaded Iraq. Enough of the world had been kept dumb enough to believe it prevented nuclear annhilation. Today we’re well beyond propaganda into complete brain-washing.

The poor saps suffering the most are the stooges in the game.

The things that Boris Johnson and Donald Trump and their supporters say and maybe now even believe is simply not true. But it doesn’t matter, anymore. Enough saps are brainwashed to believe it’s true.

And for us, the liberal, educated elite of America?

Everybody knows what they don’t want, but no one is sure about what they want.

The world is just spinning too damn fast.