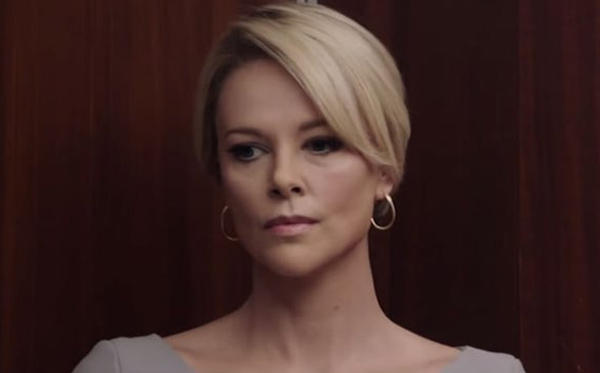 I’ve often used South African comparisons as harbingers of what will happen, here. So has Theron, the star in the movie, Bombshell. None in Hollywood have the life experience that Ms. Theron has to play this role.

Bombshell is about Fox News, Roger Ailes, feminism and the #MeToo movement.

Theron grew up in farm country pretty close to Johannesburg. In fact today there is little farmland left in that area as urban sprawl spreads.

Even so she was isolated not just from the rest of the world – as was apartheid’s intention – but from the actual goings-on in South Africa. Her father was a dissatisfied farmer turned thug. Her mother finally killed him.

The farm where she grew up was less than forty miles from the Joburg city center, but she was unaware of the anti-apartheid movement and cocooned inside a rural farm life where hard work was rewarded with drunkenness.

Fast forward passed her life in Italy to her growing and successful career in Hollywood and she now admits that she was abused, accosted by film executives governing her nascent success. It took her years to admit this.

And now, she is the star of Bombshell.

Theron is a pinpoint example of the social transformations that occurred in South Africa from apartheid to democracy, oh so similar to the cultural revolutions that have occurred here regarding sexual identities and exploitation.

I don’t mean some kind of intellectual moment of reckoning or some cathartic realization. There’s much more suffering and actual transformation than that.

It’s of the ignorant growing educated.

Ultimately it happened to Theron literally, in schools. Schools that were hardly a few hours away from where she grew up that revealed to her the chaos and drama of anti-apartheid which had never had the chance to cross her mind.

But the #MeToo transformation came more introspectively. It was sort of a reverse to America where our cultural transformation is occurring more quickly than our political one.

Joe Concha in The Hill summarized the less than enthusiastic reviews of the movie nationwide and agreed that the movie lacked some “core” meaning. He repeated other reviewers’ not so kind adjectives of the movie being “hasty”, “underwhelming and overworked.”

All the time while lauding Theron’s own performance.

That makes perfect sense to me. Theron is starring in a movie that is a mirror but inverse of her own experience. No one could do that better. Critics see this as incomplete. On Rotten Tomatoes the critics thumbs-up is only 61%.

But viewers are elated by the revolutionary story, however hollow or incomplete since so much of our world is unreal today, anyway. On Rotten Tomatoes viewers gave it 94%!

The world is so interconnected. My knowledge of Africa allows me to show the connections with Africa, but undoubtedly anyone with knowledge of some other part of the world could do the same.

I’m not sure what it means that one society – South Africa – moves more quickly politically than culturally than another – us. Perhaps there is only so much psychic energy possible in rapid transformations.

In any case, South Africa is well on the way to healing politically while we’re still cutting open our wounds.

But culturally we are heads and shoulders above most of the rest of the world.

Just wish we could have it both ways.