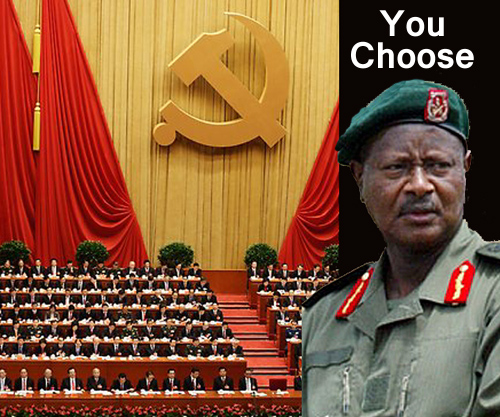 Revolutionaries make lousy politicians, and that’s why South Sudan is so unstable.

(Modern Rwanda, which rose from the pyre of the 1994 genocide, never pretended to be democratic. Kenya’s election violence was too short-lived and geographically contained to be considered revolution. And The Congo and Somalia aren’t finished, yet.)

Of the five, South Africa is doing just fine if awkwardly so. Ethiopia is a far, far distant second, and Uganda and Zimbabwe are now lost causes. South Sudan, the newest, is still figuring out its peace land legs and right now, doesn’t look too good.

These five countries provide an excellent study of modern day transition from revolution and suggest what South Sudan must do to succeed.

All five countries sustained a revolution against their previous regime for a generation or more:

South Africa’s ANC was the revolutionary, fighting arm against the Nationalist government that blew up the factories and staged a couple fire bombs while figuring out ways from time to time to close the mines. The ANC is now in control of South Africa’s politics and has been since Independence twenty years ago.

The Ethiopian regime is composed of a segments of rebel groups pursued by the Terror Triumvirate, which assassinated Emperor Haile Selassie in 1974.

The South Sudan is the newest, created from a 2005 peace deal with (north) The Sudan that led to independence in 2011.

All five countries pretend to be democratic and are founded on constitutions based on democracy. Only South Africa is.

Uganda and Zimbabwe are iron-clad dictatorships. Ethiopia is more communist than dictatorship albeit with a pretty wide net of political involvement across various segments of Ethiopian society.

We can predict what might happen to South Sudan based on what happened to the other four.

In all cases, the men (and it’s exclusively men) who shot guns and murdered adversaries of the ancien regime are now the political leaders. As George Washington summed it up when leaving a single term in office, soldiers do not make good democratic leaders.

Foreigners are eager to cast these country’s difficulties as ethnic, and to be sure the internal adversaries are clearly ethnically different. But I think as suggested by Hilary Matfess in an article in Think Africa Press, today, there are other more important reasons.

Once fault lines occur in a society, ethnic groups tend to congeal on one side or the other, and that’s certainly what’s happened in South Sudan. But that doesn’t mean the ethnicity or racism is the actual cause.

In a country as diverse, successful and developed as South Africa, soldiering onto the political stage worked well for the ANC, but soldiering into governance is not working so well. Nevertheless in South Africa, autocratic moves by politicians have been checked.

South Africa will do just fine as soon as these old soldiers go, and they are slowly but surely dying or being forced out.

Uganda and Zimbabwe, however, weren’t able to make the transition that I’m sure South Africa has, and both have devolved into despotic regimes.

I see Ethiopia as trying very hard not to slip into a despotic character, and the way it’s trying to do so is by a very restrictive, highly controlled mostly communist system that is forcing the old soldiers to stay at bay. Certainly without this very powerful central authority in Addis, the country would start fighting, again, and one or other of the soldiers would come to power as the despot exactly as Museveni and Mugabe have in Uganda and Zimbabwe.

This is South Sudan’s option, I’m afraid. Lacking the development and diversity that South Africa had historically, South Sudan must figure out “how to keep the old soldiers at bay.”

The only way is by a centrally restrictive “communist” government. All that democracy will do is facilitate war.

This is exactly the opposite of what Ms. Matfess believes, even though I’m using her argument to suggest it. But democracy cannot work until the population is educated enough to engage its mechanisms.

So if The West wants peace in South Sudan, it’s going to have to accept communism.