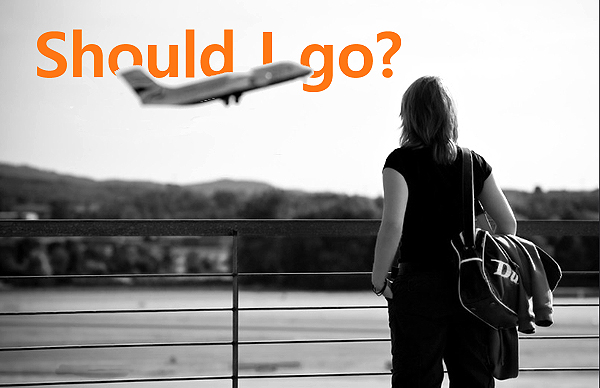 We’ve never had such a pernicious, successfully evil disease. Not chicken pox, measles, small pox, ebola and for what we know, the Plague, will linger in us without making us sick! That’s the problem, traveler. You won’t know it but you can carry Delta and give it to someone who isn’t vaccinated and kill them. You’ll never know you’re a potential murderer.

But the airlines know. Good governments know. So you won’t be allowed to step onto an airplane taking you to a different country without proof that you aren’t carrying Delta into the cabin. Because just because you’re a Pfizer double-dosed-with-booster, climbed Kili in three days and had the best vacation of your life doesn’t mean that you won’t still be carrying Delta. You just won’t know it. But your PCR test will.

So the greatest risk is that on your way home you won’t… be on your way home. You’re feeling great, filled with wonderful memories but when you hold your mobile phone up to the KLM check-in clerk it shows that you tested positive.

A local government health official escorts you to an approved government hotel where you have to self-quarantine, at your expense with room service, until you test negative. If you do everything right and stay in your room, that’s probably 3-5 days.

Then you get a new test, show your mobile phone results to the KLM check-in clerk, and you’re on your way home. Just a little bit late and little bit poorer than you expected.

The Delta variant is like the “bad bacteria” in your gut that can cause Crohn’s Disease, colitis and all sorts of other problems. I’m sure you’ve heard how you carry all sorts of things in your gut, many which are really bad if left unbalanced.

I think Delta is always going to be with us just like the bad bacteria in our gut. Years and years from now someone will be carrying it in their nose hairs. But vaccination will keep it at bay, just like the right probiotic mix in your gut keeps most people from getting Crohn’s.

Every once in a while, like every one in thousands or so, it will get the better of someone and they’ll go to their doctor who will say, “Oh, yeah, that’s Delta” and give you the same medications dispensed for a cold or flu. And even for that one in thousands, that person won’t get very sick.

And the chances that years from now someone carrying bits of Delta in their nose hairs remains a public hazard as it is now, will become less likely. Because either everyone will regularly get their Delta vaccination, the vaccination will last for years, or those who denied the disease will be dead and gone.

But right now most of the world isn’t vaccinated. In Africa only about 3% of the population is vaccinated. It will likely not be until sometime in 2025 that Africa reaches the herd immunity through vaccination that Europe and America will likely achieve in 2022.

So until that happens, if you’re going on an African safari in the next say five years, you’ve got to face the chance that at the end of your trip you’ll test positive.

Don’t take me too literally about things getting noticeably better in 4-5 years. WHO thinks Africa might reach herd immunity by 2024. Many other scholars believe parts of safari Africa will never reach herd immunity. If those scholars are right, dealing with Delta on an African safari isn’t going to change much for the rest of your life.

So what’s the actual chance of getting tested positive if you go on safari today?

It’s now time to take a break from reading this, get a cup of coffee and come back later, because if you really want to understand “the chance of this happening” you’ll need a clear head and concentration. It’s not an easy answer, but there is an answer.

However critical you may be of America’s response to Covid one very good thing stands out. We’re very transparent with the numbers that our public health authorities collect and publish. There’ve been a few scandals, such as New York Gov. Cuomo’s suppressing nursing home deaths or the Iowa governor’s ridiculous decision to report out numbers only weekly, but in the main our public health officials have given us some pretty unfettered facts.

August just ended and most States have reported now reliable numbers of “break-through” cases for three months running, so they’ve gathered some experience.

There’s an enormous range representing “what is the chance” of getting a break-through case, or essentially testing positive for Covid even after you’ve been vaccinated.

At the low end is Washington, D.C., reporting that 1 in 1875 fully vaccinated individuals tested positive for Covid in August.

At the high end is much of the Midwest, and Minnesota is the worst, reporting 1 of every 112 fully vaccinated people testing positive.

NBC News aggregated all the available results for August and reported that country-wide 1 of every 1300 fully vaccinated people tested positive.

Now, remember that testing positive doesn’t mean you’re sick. However in these reported cases it often meant that someone went to the doctor with a runny nose or headache or slight fever – in many cases it was reported that the patient thought it was a cold or the flu.

So to be fair the chances of testing positive are probably higher than is being reported as “break-through” cases, because there were undoubtedly many people who would test positive but didn’t get tested.

The only reasonable way we can come up with some number, “the chance” of you as a traveler testing positive, is when the airlines give us the numbers of passengers denied boarding. This may never happen. Most airlines have no intention of releasing these numbers and for some good reason.

The 400-member Florida church choir group who goes to South Africa to perform is likely composed of a very high percentage of persons who are less worried about the seriousness of Covid than the 400-member New England Public Health Officials who hold their convention in Cape Town.

EWT’s clients who spend 90% of their vacation time in the bush of 50,000 acres with only a handful of other people will have a much lower chance of getting Delta up their nose than travelers who take a Viking River Cruise through Bulgaria, where right now fewer than 1 in 5 people are vaccinated.

So it depends. It depends on where you go, if there are lots of other people around. How many are vaccinated. It depends upon how you comport yourself, how religiously you wear your mask when in the presence of groups of people who might not be vaccinated, how many airline flights and train tips and crowded buses that you’re taking and how long they are.

So while we can’t come up with a number, we have a plan about what to do no matter what the number may be.

Keep things as simple as possible: As few airplane flights and train and bus trips as possible. As few airports and train stations and other waiting places as possible. Avoid the concert in Covent Gardens until they restrict entrance to only vaccinated people. When it’s reasonable stay at smaller, less crowded places. But when you must fly in an airplane, go through an airport, stay in a big city hotel or enjoy that super special at the big ski resort, wear your mask.

So should you go?

Of course you should go! We’ve got a plan! Delta is now a fact of life. Don’t let it become a fact of death, which it will for those unvaccinated and those whose imaginations are cloistered by staying at home their whole life.

It’s harder now for travelers than before the pandemic. It was a lot harder for all of us in 1970 when New Orleans put up the first passenger screening to board an aircraft. In fact they almost closed the airport because no one would walk through the metal detector that first year.

It became infinitely harder to travel through Heathrow after the IRA bombings, and it’s only gotten worse since!

Do you remember when you’d call United and someone with a pleasant, intelligent voice answered your question in a few minutes? How long will you stay on the phone now?

Do you remember when your dog got sick so you cancelled the afternoon trip to New York, then rebooked it for the next day without any loss before you even got to the vets?

Times change. Delta’s gong is heavy, and with time the ringing will get softer. As more and more of the world gets vaccinated and as we figure out more and better ways to sideline Delta, things will get a lot easier. But that could take years … and years. And what do you know but in the meantime Epsilon comes riding through. We know what to do, now. We’ve got a plan.

So please. Will someone email me a recommendation for a mask that won’t fog up my glasses?

Last reply was 3 months ago