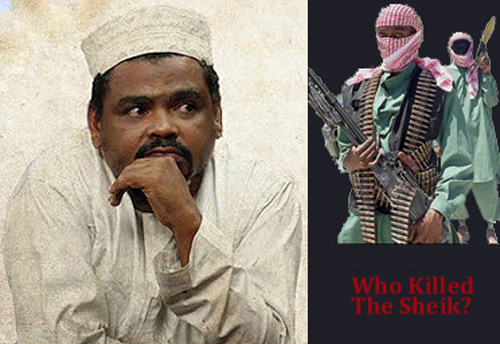 Real evidence will never emerge so we are left to speculation, but blogs, rumors and common sense seem to converge this time: the murder was specifically intended to stoke religious and ethnic violence.

It did at first, but only at first, and the city did not even fire up like Watts in 1965 or Tottenham only a year ago.

This doesn’t mean that the embers remaining aren’t nuclear. But to me it seems a clear indication that Kenya’s invasion of Somalia, the global “War Against Terror,” and Christian/Islamic confrontation has peaked. In a weak and uncertain way, logic tells me things are going better.

Sheik Rogo was a fiery and provocative cleric, openly recruiting young Muslims in his Mombasa madrassa for al-Shabaab. For years he’s been associated with a number of jihadist attacks in East Africa, including the bombing of the American embassy and several high profile attacks on the coast, including the terrible bombing of an Israeli resort.

He was killed Tuesday in a carefully planned and masterful drive-by attack. The attack car which has not been found, the lack of any leads by police, the particular place the shooting actually began, and the high caliber bullets found at the site and not easily available in Kenya, all point to a very carefully organized murder.

The sheik has been confined to the Mombasa area virtually since 2002 when he surrendered his passport to Kenyan authorities. He remained charged with numerous counts of terrorism, and his legal battles in Kenya are legendary.

But he has never actually been brought to trial, and Kenya has resisted extraditing him to the U.S. for instance, for fear such action would provoke Mombasa’s radicals. So instead Kenya did what a western country can’t discipline itself to do: nothing.

African patience was winning out. The sheik’s prominence peaked. His support was waning. In the most virulent political battle on the coast going on right now, a move by a new but powerful Islamic political party to secede from Kenya, the sheik had no involvement. In fact, it appeared he’d been excluded.

Western detractors tried to pin the assassination on America or the Kenyan police, claiming each was no longer tolerant of the protracted legal battles against the sheik. I seriously doubt this. Obama’s War on Terror is going just fine, in part because people like Rogo have been marginalized. Better to have him contained in Mombasa than Guantanamo.

It’s much more likely that the dying powers in Somalia saw the sheik as a sacrificial lamb. Recruits from his madrassa to al-Shabaab are less important, now that al-Shabaab is being routed.

I think the sheik was killed by a sheik. Disquieting, yes, but when the fighting turns inwards the battlefield grows smaller.