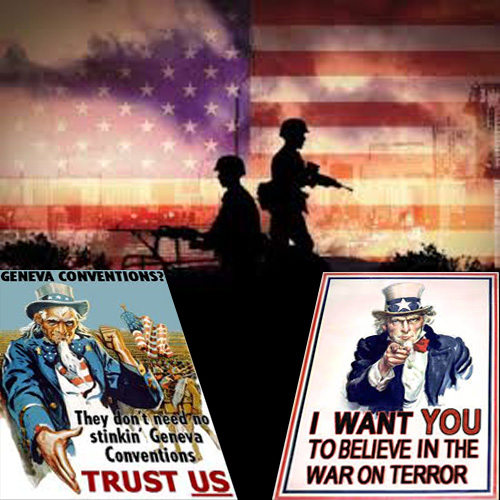 Nigerians are fiercely divided on whether America’s decision Wednesday to label Boko Haram a terrorist organization is good or bad, but one thing is clear: they don’t like America turning Africa into the principle field in the War Against Terror.

The arcane political moment when the U.S. State Department labels this or that organization a “terrorist organization” doesn’t attract much notice in the U.S., but it should.

The “Foreign Terrorist Organization” (FTO) amendment to the country’s standing immigration law gives the President and State Department wide powers of interdicting U.S. citizens from virtually any type of engagement with an organization so labeled.

Ohio University African political professor, Brandon Kendhammer, sent a letter to Hillary Clinton in May, 2012, signed by twenty other prominent academicians in the U.S. as well as the Council on Foreign Relations, urging Clinton not to designate Boko Haram an FTO:

The professors explained that the law is so sweeping that it would even keep them from contacting certain organizations and individuals in Nigeria essential to their research.

“Now it’s going to be very hard to contact … or even to just work with communities where members [of these designated FTO organizations] might be present,” the letter complained.

What is normally reported on CNN is the top of the law, that financial holdings in the U.S. linked to an FTO organization are frozen and that specific individuals named as leaders are banned from travel in the U.S.

But like so many of America’s terrorist and spy laws, today, FTO goes much further and gets increasingly sinister. Prof. Kendhammer can no longer even send an email to fellow Nigerian academicians, for example, who might be listed in a deep appendix at the State Department as having “connections” with Boko Haram.

The analysts who make these designations are not academicians, themselves, and might designate an individual doing a Ph.D thesis, for example, “connected with” Boko Haram.

It’s unbridled powers like these which are so chilling. They are powers, like those currently being debated around the NSA controversies, which technically cannot be applied within the U.S. or sometimes as well, U.S. citizens abroad.

But yesterday a group of Nigerian journalists filing a combined opinion in the Leadership newspaper reminded us that only last year, Nigeria’s ambassador to the U.S. urged the state department not to issue the designation.

There is the obvious disincentive to future foreign investment on the national level, but on the individual level the additional scrutiny that will now befall Nigerians traveling in the United States is a terribly daunting prospect to them.

That would seem petty in the scheme of a War Against Terror if the War Against Terror were not so duplicitous and extra-American. By that I mean almost all the great rules and morals that make America great which are supposed to be preserved by a War Against Terror are blown to smithereens by the way America has been conducting this war in Africa and by the powerful use of the FTO law.

Last month Navy Seals or some such Batmanned into Benghazi and jumped out with Abu Anas al-Liby. He has now been charged in New York with masterminding the attack on the U.S. embassy in Nairobi in 1998.

The crack kidnapping would be illegal in the U.S., as by the way it is in Libya. The week-long interrogation which followed by a U.S. ship at sea violates many worldwide war conventions. But, hey, he’s a bad guy.

Or is he? This was not the first time al-Liby was arrested.

One time was in 1999 by British intelligence. But then with American prompting he was released and likely put on the pay of the CIA to assassinate Gaddafi.

This and other similar intrigues, including of course the training of Osama bin Laden by the CIA to fight the Russians, were listed yesterday by Syracuse professor Horace Campbell and other experts to demonstrate that “means justify the ends” in America’s war on terror.

And right now, the means is all in Africa. And it “means” that African don’t know what it means, because it could change.

It’s nice to think that Obama’s steadfast and incredibly militaristic assault on known terrorists that are now being, literally, rounded up in Africa might be making us safer here at home. And that’s Africa’s problem. It’s making us safer by making them less safe.

Terrorism can’t be blown out. It can be contained, and that’s precisely what Obama is doing, and whether by design or happenstance the containment has become Africa. And you can imagine what that means to Africans.

Containment in the War Against Terror has no limits. Bush and Cheney thought torture was OK, so we tortured. Obama thinks snatching al-Liby is OK, so we snatch al-Liby: all the human rights laws and freedom safeguards of great America mean nothing.

Play bin Laden or al-Liby for however you can, but to your advantage. Leftover armaments can be thrown into a Nairobi mall. Start a little war over in Somalia with your Kenyan proxy, ignore the Ugandan dictator’s threat to execute gays so that your Navy Seals can chase a mean guy into the CAR.

Do whatever you want. There are no rules. Means justify the ends.

That’s the essence of the FTO.

Terrorism can’t be blown out. It can be contained and it can minimized by addressing the desperation of the peoples it appeals to so that it loses support. Those are the only two remedies, and only one of them is right.